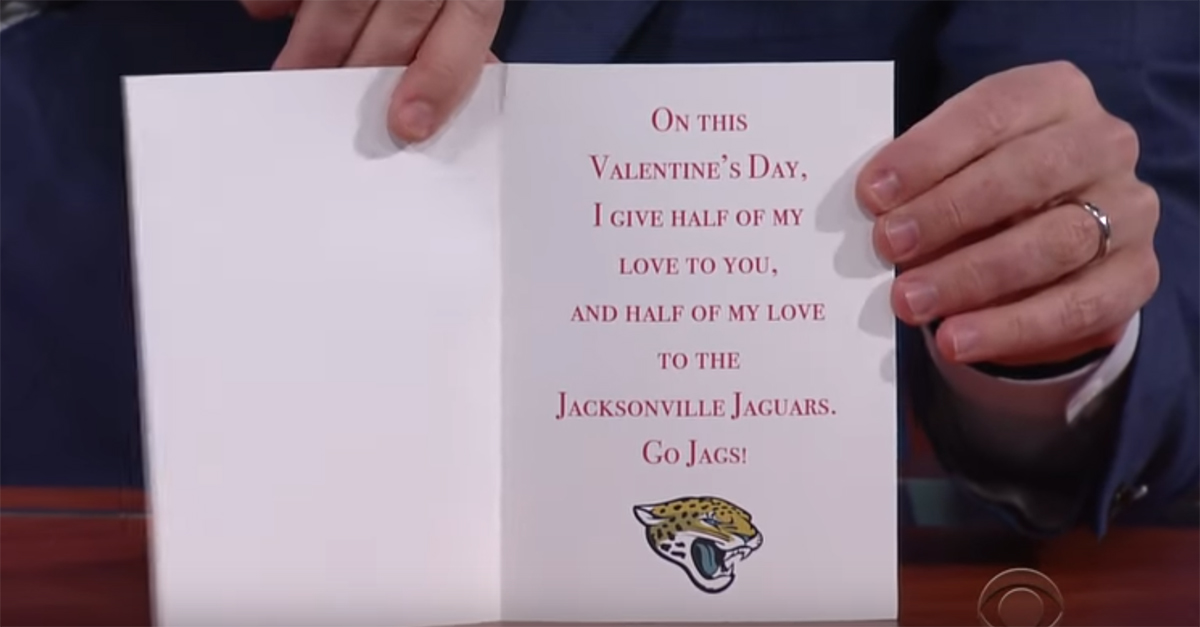 While you might choose between chocolate, flowers, champagne, jewelry or some other gift, the one constant of a Valentine’s Day gift is the card. Often full of bad jokes or cloyingly sweet cliches, when you pick up a card from the Hallmark store, you probably don’t devote much thought to how they’re created. Just like everything else, though, someone has to make these things, and Stephen Colbert gave us a peek at the process on the latest episode of his “First Drafts” segment.

RELATED: “SNL” asks, why not celebrate Black History Month and Valentine’s Day at the same time?

After calling up a woman named Patty from the audience to assist him, Colbert went through a stack of Valentines; he started with the final product, which was about what you’d expect, but then he covered the first draft of each card — they were a little rough around the edges, to say the least.

While the first editions of the cards may seem crude, they also offer a bit of insight into relationships that the finalized versions don’t. Namely, if you don’t clean up after yourself, you can expect to have a difficult Valentine’s Day.