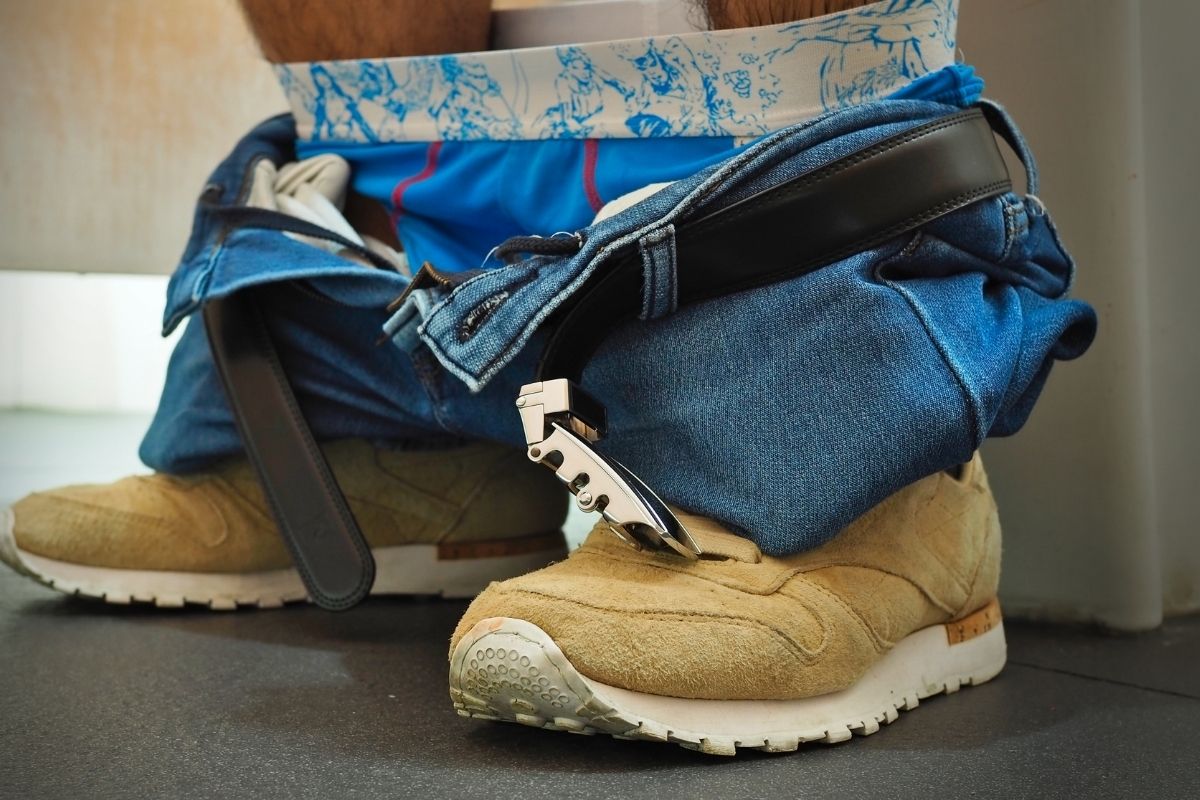 Listen, when you gotta go you got to go, that is totally understandable. I’ve been there. But this guy, this guy took it too far. According to authorities a man decided to poop in an empty box, closed it, and then left it on a shelf in a Van Buren Township Meijer store. Yes, he decided to poop inside a Michigan store and just leave it for someone to find that lucky surprise. Yuck.

The Meijer?s Security footage recorded the suspect pooping in the aisle and then placing the box containing his feces back on the Shelf. Apparently, the incident took place at the store located at 9701 Belleville Road at around 4 pm. The suspect also stole several items from the store.

Shocked at the whole situation, the employees took the footage over to Van Buren Township police. Police later uploaded the footage on their Facebook page. However, Michigan Meijer officials requested that the department take any videos and images of the incident down, stating their corporate policy as a reason.

Pooper on the Loose

Van Buren Police said a man took a box off a shelf inside Meijer, pooped in it, and then put it back. https://t.co/usQmBbySXv

As far as a suspect, he still hasn’t been caught, but he left the parking lot and the light-colored Ford Escape. People said they have no leads on the suspect at this point. The main question in this incident is why he did it in the first place. Especially if you intended to leave soon after. Who hurt you? There has to be an employee that did something to you for you to do something so gross. There’s just no real meaning behind this whole situation. I get that sometimes you can’t wait to go to the restroom, but there’s always restrooms inside the store. No matter how dirty they are you don’t do this kind of crap. No pun intended.

I need someone to review those tapes and tell me exactly what this man did before arriving at that certain aisle and pooping nonchalantly. Give him some criminal charges. Also, did no one see what this Michigan man was doing? If you see someone squatting in the middle of an aisle you yell at them, and then you yell for help, and then you go find an employee or manager to make them stop. Also, imagine picking up that poop Box by accident thinking they were regular cookies and then you open them and find a big ol’ poop in there. All these serial poopers are getting on my nerves, y’all need to find a restroom.

Watch: Woman Tells Cops ?I Have To Poop So Bad? Before High-Speed Chase