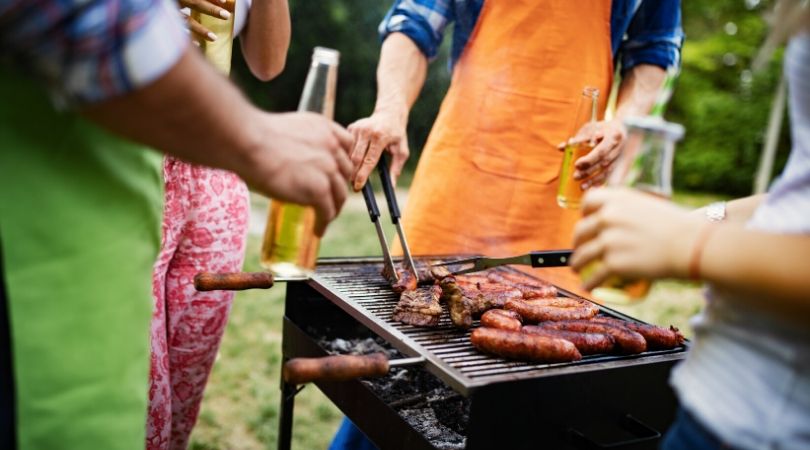 It looks like this woman needs a chill pill and some nose plugs or some sort of face mask. A vegan runner is currently being slammed online after she asked her neighbors not to cook with their windows open because the smell of meat is “offensive” to her. The unnamed jogger from Berkeley California was criticized on Twitter after her ‘petition’ made it on a Twitter account called Best of Nextdoor. The account is dedicated to neighbor-on-neighbor pettiness.

The runner admitted she found the smell overpowering when she goes jogging during dinner time. She asked meat-eaters to show “empathy for their plant-based neighbors by closing windows while cooking and only grilling vegetables on the bbq.? She also suggested people might want to do research about plant-based diets and join the vegan movement.

As expected, Twitter did not take the post lightly. The post stated that when the weather warms up in California this time of year it’s always hard for vegan runners because people start the barbecue more than usual.

The vegan jogger stated, ?Quite honestly, the odor is offensive and I’m hoping our community can have some empathy for its plant-based neighbors.? Basically, this woman only wants people to cook veggies forever because she’s just another vegan trying to change the world one carrot at a time. So much so that she even encouraged her neighbors to join ?the movement of people fighting back.?

As a carnivore bbq chef, it’s always hard for me this time of year when the weather starts warming up and vegan runners start running by my windows.

Several Twitter users left hilarious comments, asking why she simply doesn’t run in the morning or change her jogging route if it bothers her so much. Which I totally get. Now, putting my two cents in here, this to me seems so obnoxious. Don’t get me wrong, I respect veganism and crazy eating habits. You can eat whatever you want, I don’t care.

But don’t tell someone not to do something because you’re so bothered by it. It’s their life. In this case, telling people not to barbecue in their own home is absurd. I’m really surprised that the internet went lightly here, I totally expected people to shun this woman for posting something so stupid. If you want people to respect you, you have to respect other people around you as well. How is this different from people telling you to eat meat whenever they find out you’re vegan? You wouldn’t like that, huh? This is definitely Petty.

When I was pregnant, the smell of coffee made me suddenly and violently ill. I still managed to not tell people they couldn’t drink or new it.

Sir, we regret to inform you “that ship has sailed”. pic.twitter.com/qm7GjkZVQV

Dear Vegan neighbor runner:
As someone who is out of shape (probably from all the meat I consume), your running by my house makes me feel guilty and inadequate. It exasperates my feelings of self-loathing. So, I am asking you not to run in front of my house or within eyesight.