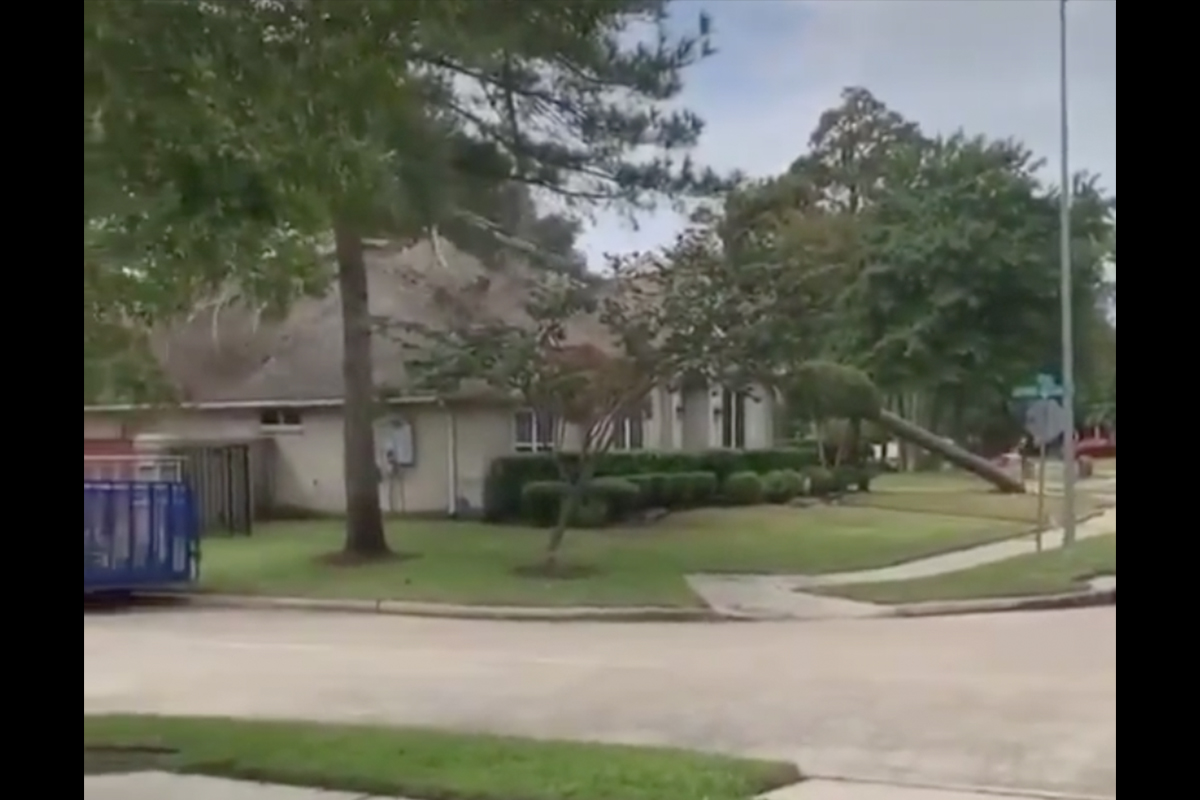 Cutting down a tree isn’t easy. You’d think it would be. Cut. Fall. Push it where you need it to go. But the trees — and gravity — have their own ideas. Plus you’re killing them so they aren’t too keen to go quietly into the night.

I worked for a summer in the St. Louis County Parks Department cutting down trees. I know the tree, and I know how to cut them down (even if by and large I was relegated to branch dragging duties and didn’t get to do much chainsaw work). If the tree is a big bastard like the one in this video you don’t just saw it three feet off the ground and push it. You gotta get up in a crane and take it down in pieces.

That was the first thing I noticed when I saw this video. It is an unbelievable fail. The guy cutting this tree down is literally — literally literally — lucky he didn’t kill someone.

But, since he didn’t this is hilarious. Especially the man’s screams of rage over his stunning failure.

I assume you, like I, are wondering who the hell this guy was, and why someone so obviously unqualified to cut down a monstrous tree was indeed cutting down a monstrous tree, apparently with no gear other than the chainsaw itself pretty much. It turns that after this video went viral the man who owned the home this happened at chimed in on Twitter.

So idk how to prove this exactly but this is my house lmao. This happened last November. No clue how this video got out but I’m here for it

We needed the tree cut down and our lawn guy offered to do it for cheap. He did a good job on the lawn so we trusted him. Turns out he’s not so good with trees

We made him pay for the roof to get fixed and he didn’t have insurance. So the insurance company came after him for over $60,000. He doesn’t do our lawn anymore

Not smart! Definitely don’t hire random people to cut down giant trees in your front yard.

The craziest part of all of this, to me, is that there was actually no way for this to go right. The best-case scenario is that it ruined their lawn or crushed the curb and then the HOA is pissed. Also, there is clearly no one regulating traffic. The tree hitting the roof of the house isn’t even their worst-case scenario. That would be the tree obliterating a minivan full of kids driving home.