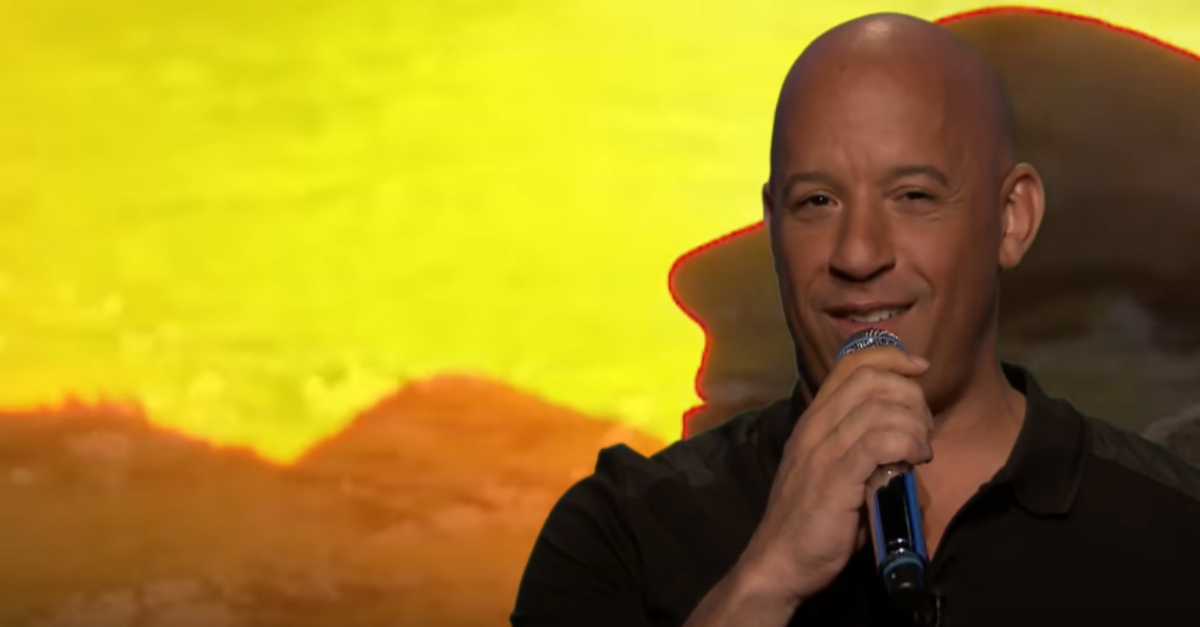 The famous Vin Diesel stopped by “The Tonight Show starring Jimmy Fallon” on Monday night and, among other things, showed off his gifted singing voice. However, it wasn’t quite his voice that poured through the speakers. Instead Fallon handed him a microphone with a chipmunk filter and from there things got just a little more ridiculous.

The actor is currently doing the late night circuit to promote his new film, “The Fate of the Furious,” which opens in theaters next week. However, it’s very doubtful that he’ll be performing any Chipmunk-themed songs in that film. Later this week, Fallon will host Blake Shelton and Dwayne Johnson.

RELATED: Vin Diesel showed off his voice in a hilarious audition for “Carpool Karaoke”