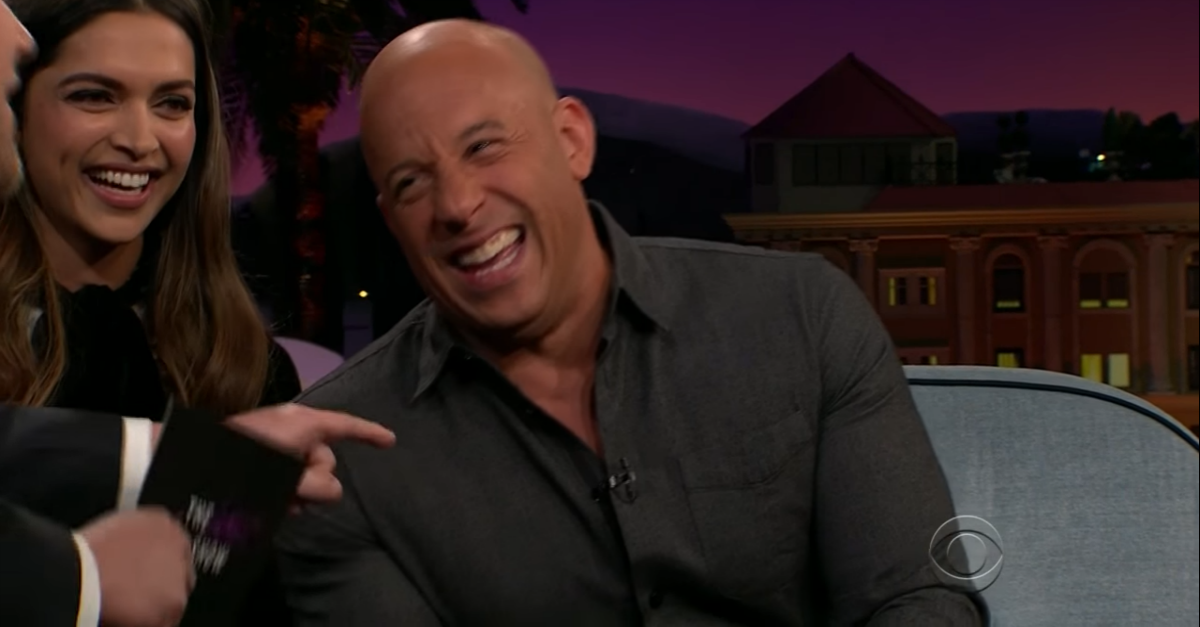 RELATED: Tough guy Vin Diesel took a break from filming to spend time with his little rays of sunshine

Corden’s show has become famous for its “carpool karaoke” segment with stars like Madonna and Mariah Carey. After showing off his pipes, Diesel stood up and asked the audience, “how many of you wish you could do carpool karaoke.” The audience gave a reaction to suggest that they’re all in for the buff actor’s singing debut. Let’s hope it happens.