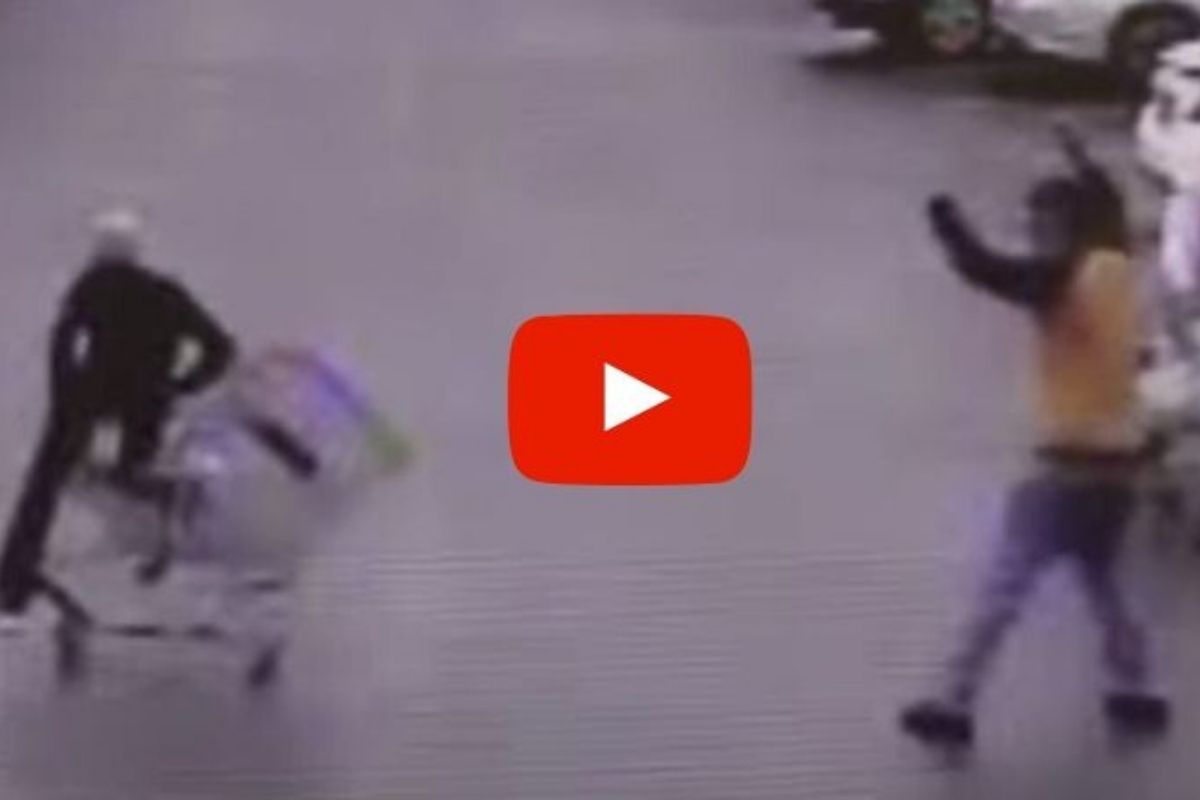 Just look at this man, this hero, this professional athlete that deserves to go to the Superbowl next year. Okay, maybe I exaggerated a little bit on the last part, but just look at this insane video! It’s the best thing I have seen in a while. This guy used a shopping cart to stop a shoplifter! Police, who?

According to authorities, the Walmart shopper stepped up to help police catch the man who was on the run trying to get away. Surveillance footage shows the hero pushing the shopping car into the path of the shoplifter, which caused him to fall to the ground. The shoplifter attempts to stand up, but trips once more, as police officers finally catch up to him.

What I find so hilarious about this amazing surveillance video is the accuracy of this man! I mean, it’s insane, hitting a target that is running and probably swerving is tough. But no, it worked, this man just simply pushed the cart no more than 10 feet from him and BOOM!

Karma Comes in All Forms!

After police arrested the criminal, the video also shows other shoppers help the hero pick up his purchases that were all thrown due to his brave actions. Police did thank the man for his help in catching the criminal. Sergeant Chris Hyatt with Peachtree City Police stated, ?He was able to help us take him into custody without injury to anyone including the offender.? Police later identified the suspect at 41-year-old Marcus Smith from Forsyth Georgia. He is charged with felony shoplifting and obstruction.

Although police definitely appreciated the assistance of this man, they did want people to know that one should not feel pressured to help or step in whenever they see police running behind someone. Hyatt noted, ?Don?t do anything that you aren?t comfortable with or that would put you or others in harm’s way.? Which I totally get, but come on, this is impressive! Give this man some credit.

Editors Note: This article was originally published on February 12, 2020.