Jeff Dunham’s puppet Walter doesn’t pull any punches. This grumpy yet loveable fellow says exactly what’s on his mind. He has an opinion about everything and it seems he never has anything positive to say! Walter is definitely not a yes man!

In a 2015 performance, Walter and Jeff were discussing the weather. It seems bad weather follows Walter everywhere he goes. He complains about the weather in Green Bay and even Florida!

Walter will not likely find himself happy in any climate. There is always something to complain about in any type of weather. He also doesn’t like Fort Lauderdale because everyone there looks just like him! However, I can agree with him that Phoenix is not somewhere you want to be in August, even if it is just dry heat!

This is why we love Walter, though. I particularly like his commentary on Florida and the “Girls Gone Wild” videos. He makes some wise observations on why there need to be age restrictions on who appears in those videos! There is so much truth in his humor!

I think it’s safe to say that Walter is probably grumpy and miserable in any type of weather. But, that’s why we love him. We all can relate to a comical curmudgeon without a filter! If we aren’t one, we know one!

Watch the hilarious video below!

I don’t know how Jeff Dunham is able to keep a straight face. He is an amazing ventriloquist! It’s easy to forget that he is voicing Walter during the performances.

Walter was a little more behaved when he met Jeff’s twin sons for the first time. Jeff left Walter to babysit the boys. Walter wasn’t happy about this, but his softer side came out when Jeff left him with the babies. Click here to see that hilarious video! 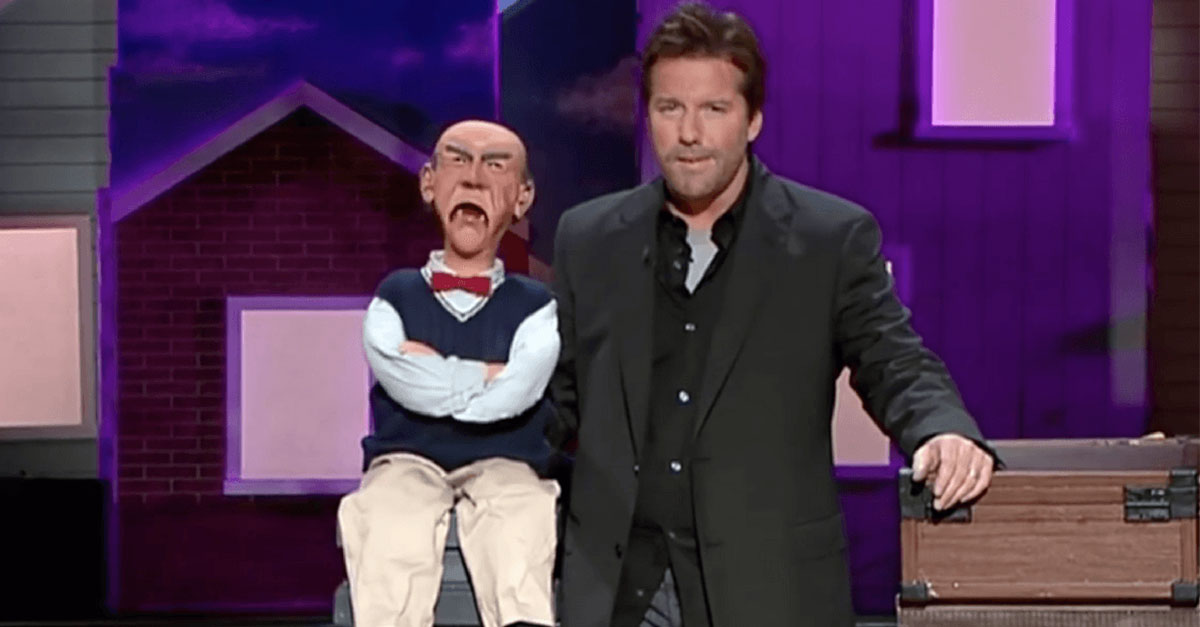