“Every time I see this backdrop I think about Kramer f**kin’ up,” says Chappelle in front of the Laugh Factory backdrop.

In 2006, Michael Richards, the comedian known for playing Cosmo Kramer on “Seinfeld,” performed a controversial set that included him screaming several racial epithets, resulting in what is widely considered the end of the “Seinfeld” star’s career.

In 2010, Dave Chappelle in a set at the famous Laugh Factory comedy club in Los Angeles, talked about the controversy, saying that night might have been the night he snapped. He compared comedians snapping to tigers attacking Siegfried and Roy, and said that the real reason you go to a tiger show is to see a person get attacked.

“I’ve never seen someone get bit by a tiger before, only $35,” Chappelle joked.

Chapelle then said that when he saw the video of Richards’ performance, he realized he was 20% black and 80% comedian.

“When you saw that s**t, you was furious, the black dude in me was like, Kramer, you motherf**ker, I was hurt. And the comedian in me was like, whoo, n***a’s havin’ a bad set,” Chappelle joked. “Hang in there, Kramer! Don’t let ‘em break you, Kramer.”

Chappelle ended the set with a joke about Richards thinking that he would get them the next show.

“There won’t be a next show, Kramer.” 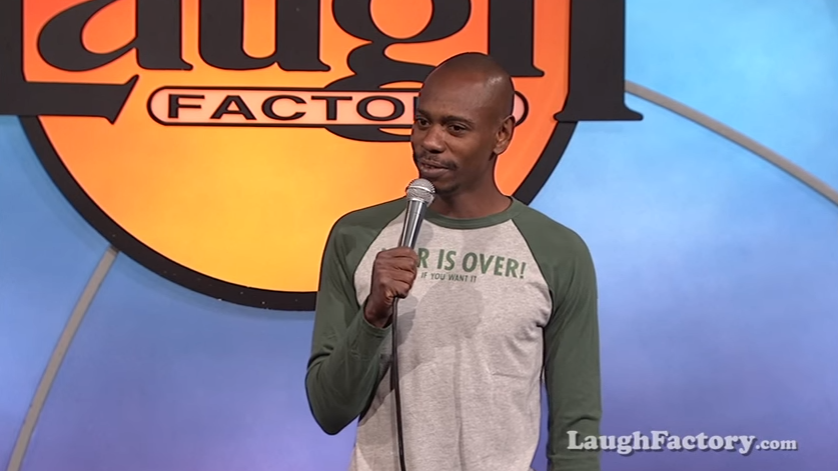