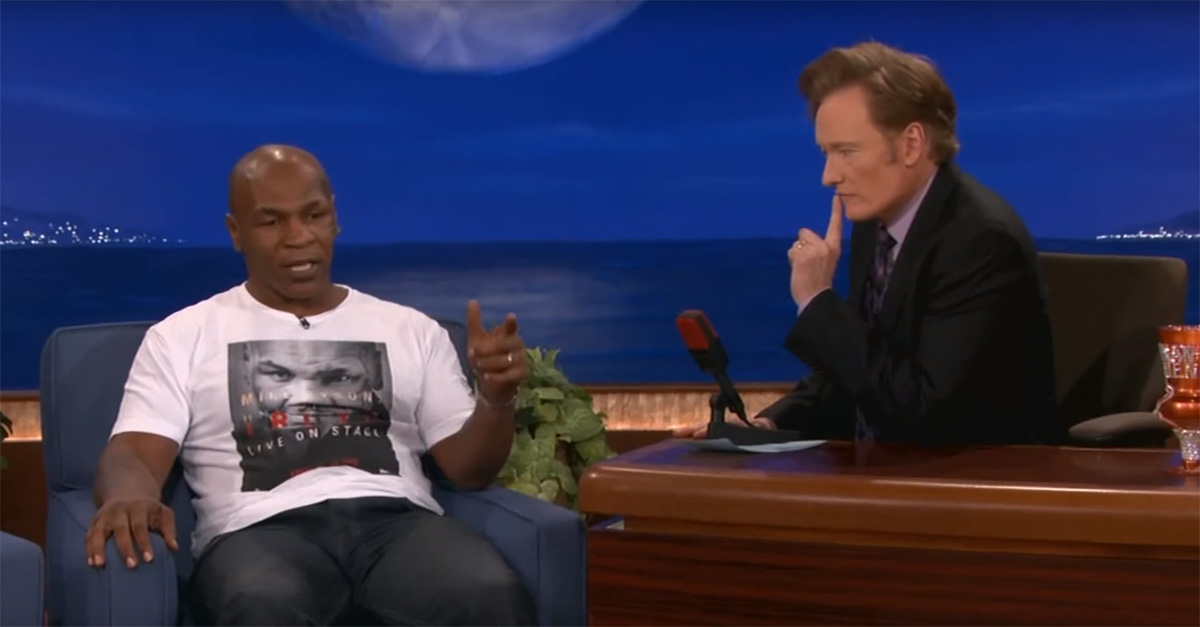 In 2012, retired boxer and former heavyweight champion Mike Tyson shared a story that might have some relevance to recent controversy surrounding Brad Pitt and Angelina Jolie?s divorce.

On ?Conan,” Mike Tyson shared stories with host Conan O?Brien of how Tyson and his former wife Robin Givens would see each other after they had divorced to enjoy each other?s company.

Tyson shared a specific story about how he pulled up to his ex-wife?s home in his car and was disappointed to not see her. Then she came home, but she pulled up in her car with Brad Pitt.

?Brad Pitt is the international symbol for that,? joked ?Conan? co-host Andy Richter.

O?Brien then asked if Tyson thought Pitt might have been scared of the boxer, and Tyson replied that the fight just went out of him.

?I was just emotionally comatose. I went from a hard stallion to a wet noodle; it just overwhelmed me,? replied Tyson. ?I had no energy to fight or anything.?

RELATED: Marion Cotillard weighing in her involvement with the “Brangelina” split