John and Nikki, the Pranksters in Love, are back, and they’ve made another classic prank.

In their newest prank, John uses tootsie rolls and Nutella to make fake dog poop and then uses his daughter to try and trick Nikki into freaking out.

The prank plays out with John crafting fake pieces of dog poop out of mashed up tootsie rolls, wipes Nutella all over his daughter’s face and then gives his daughter the fake poop to eat.

Iris, the toddler from “Toddler Eats Dog Poop Prank,” played her part perfectly and even throws a fake piece of poop on the ground at her mother.

“Oh my god, put that down, yucky, yucky!” says Nikki when she sees her daughter.

The couple seems incredibly ready to believe that the other is a bad parent in a single moment – only for the brief relief that they aren’t terrible parents, just pranksters.

“She is a little prankster,” says Nikki about their daughter. “When she was eating the little poop she showed it to me in her mouth!”

So it looks like the daughter has a bright future ahead of her as a prankster, and one day, the Pranksters in Love might be the Prankster Family. One wonders, though, with all the pranks the couple pulls, will the daughter be at a disadvantage in future prank wars? 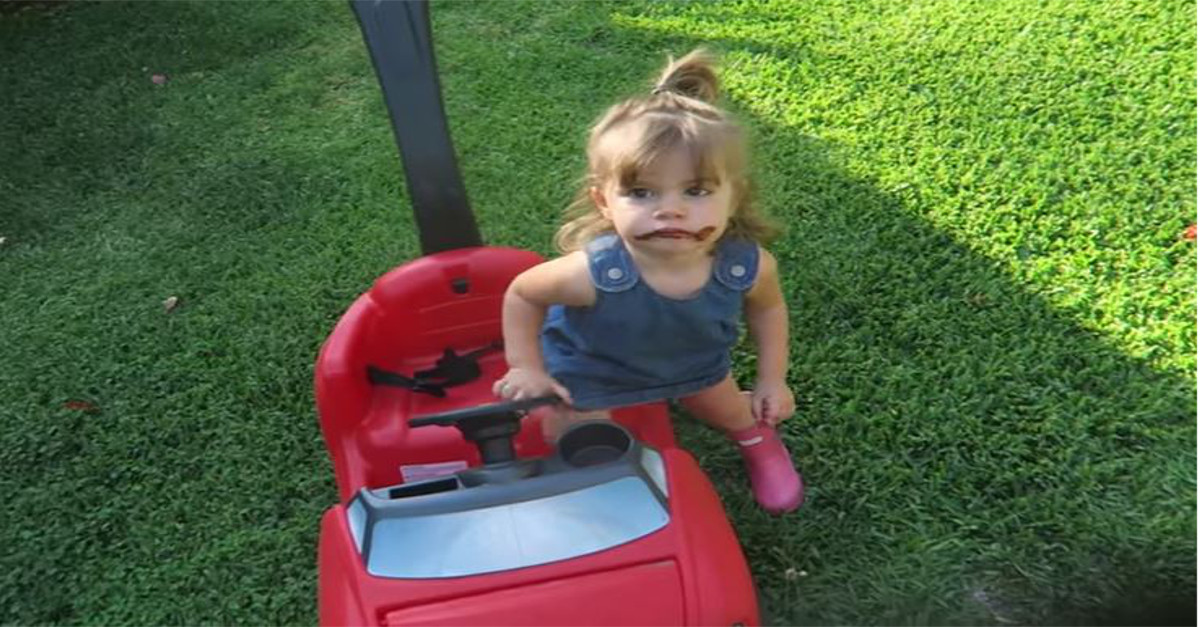