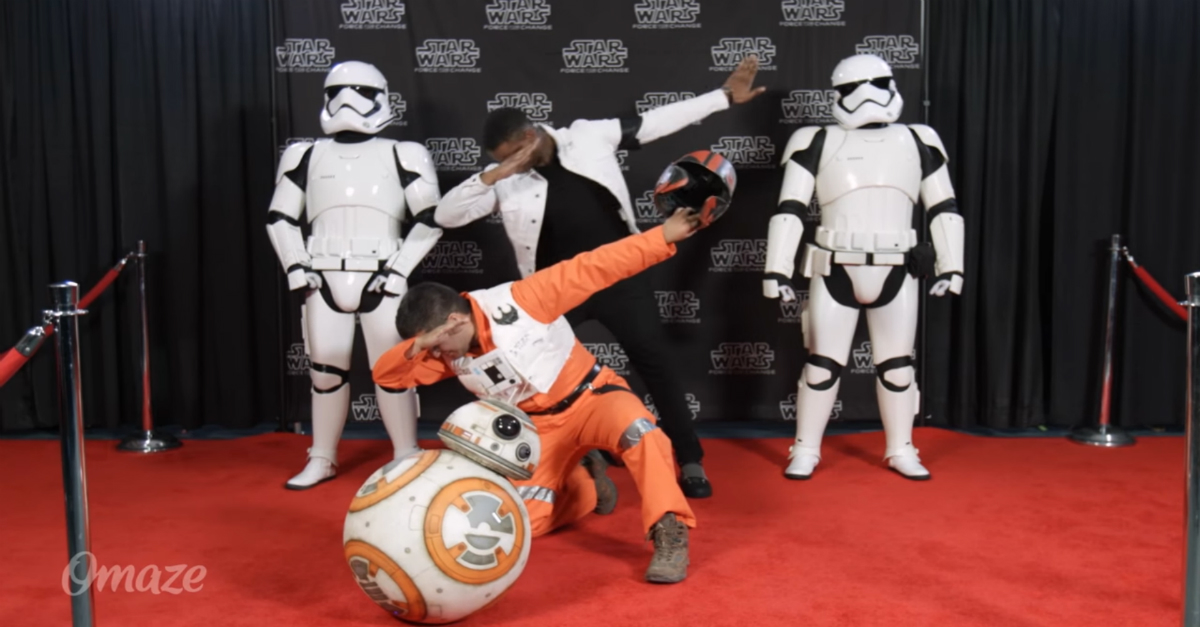 “Star Wars” actor John Boyega decided to prank fans of the franchise, but it was all for a good cause. Boyega, who plays Finn in the new films, snuck into the background as fans posed during a photo opportunity with the droid BB-8.

RELATED: Learn how to pull off a dastardly revenge prank with this retro Scam School video

The video was filmed at last week’s Star Wars Celebration in Orlando, which is a bit like Coachella but for sci-fi nerds. It was made to raise awareness for Force for Change, a charity that utilizes the popularity of Star Wars and raises money for a bunch of different causes.