The tradition of going to the movies during the holidays is odd, but it’s unarguably part of American culture.

Thursday night, Stephen Colbert sat down with James Franco to tell us about the great films that we need to see when we go to the cinema with family this Christmas.

RELATED: Santa tells Stephen Colbert who got his vote in this “Charlie Brown Christmas” parody

Colbert’s sketch as Gil Peaches had us cracking up. For some reason, he and Franco decided to review trailers (which probably don’t get enough reviews).

Gil seems to be a big fan of the “Rogue One” preview, saying, “Personally, I like that ‘Rogue One’ is a Star Wars story…it says so right in the title. Sometimes you watch an entire film only to find out that it was not a Star Wars story.”

RELATED: Stephen Colbert “interviewed” Donald Trump and now we doubt the real president-elect will be on his show any time soon 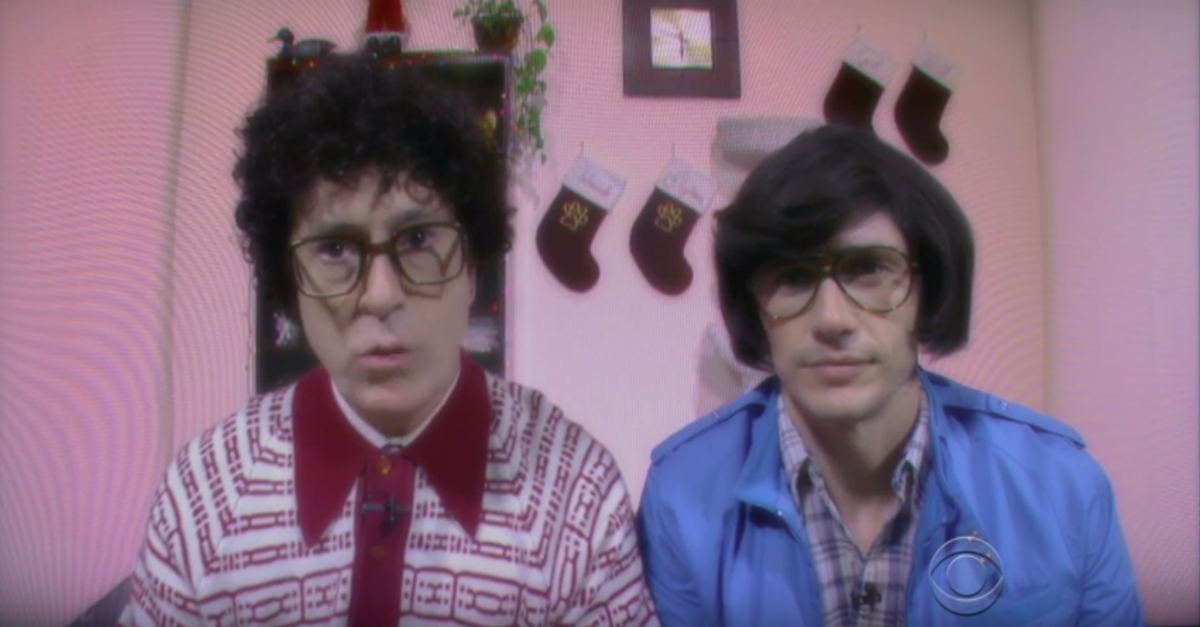