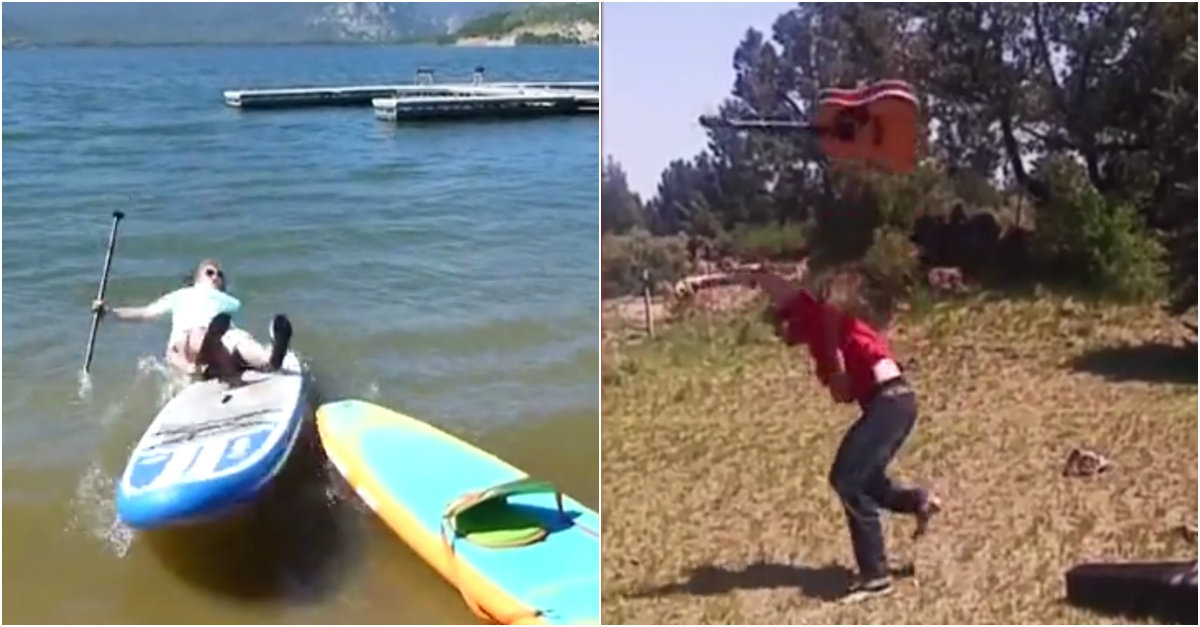 If you’re going to fight a force of nature, sometimes you have to be ready to pay the price. And every one of these people have the scars, bumps and bruises to prove it in these viral videos. The great thing about these kinds of funny videos AFV puts out is that whoever is the cameraman is essentially capturing people who get physically busted up. You kind of feel pretty messed up for laughing, but honestly, that’s what these prank videos are here for.

It doesn’t matter if you’re walking a tightrope while playing a guitar, paddle boarding, poorly attempting parkour or just goofing off with a sibling. Gravity will always find a way to humiliate you. And, most likely, someone will be there to film it when gravity inevitably wins. The music montage in the background is always great too. You really can’t stop laughing at other people’s demises, even if it’s a little girl.

And as I write about this, I can’t help but be fully honest that I feel a little guilt for laughing at the pain of these people. But AFV doesn’t stand for America’s Funniest Home Videos for no reason. So I blame my guilty conscience completely on them. And besides, these are classic videos that have been served to us for ages now. I’m not going to be the party pooper here in arguing the logistics of ethics. Take a joke, okay?

Editor’s note: This article was originally published on August 17, 2017.