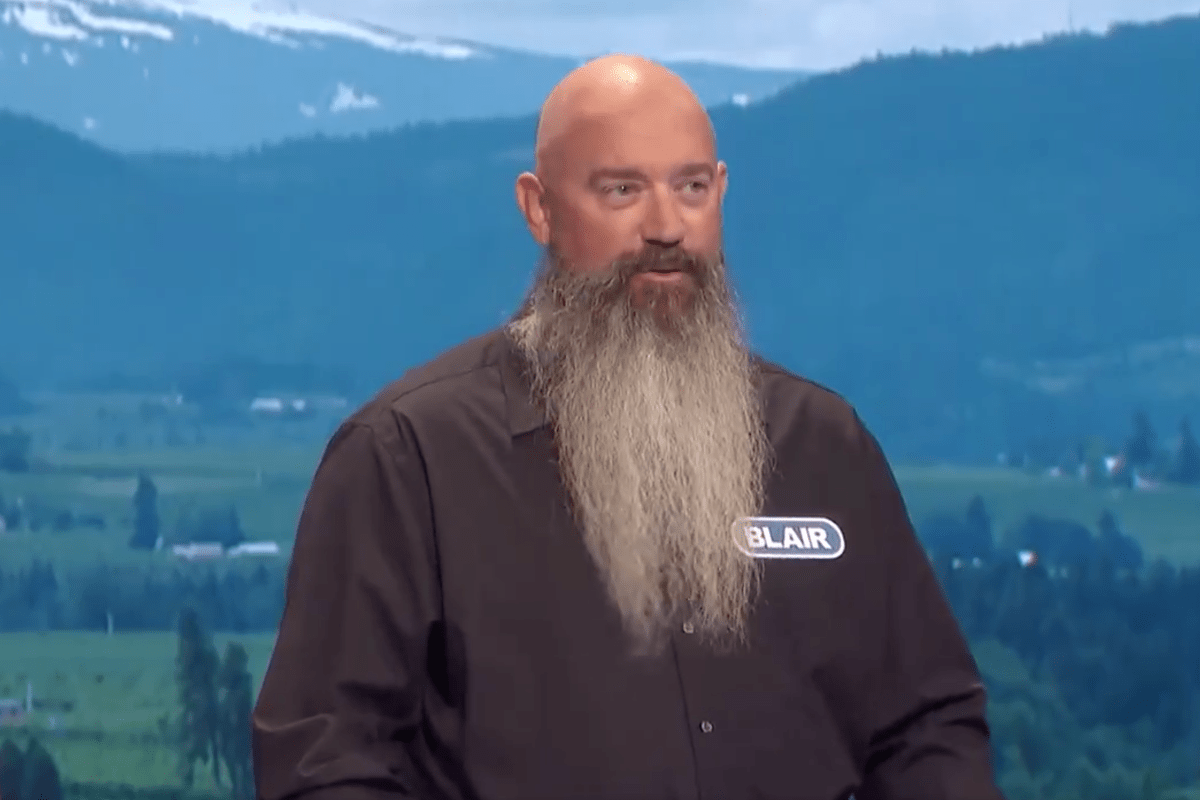 Usually, when game show contestants are introduced by the host an inane fact meant to sound interesting is shared. Something like, “Herman Munkle owns the heaviest cat in Grischam County, Tennessee!” or, “Valerie Nerbin has seen Cirque de Soliel over ten thousand times.” It’s filler. It’s pretty pointless. You don’t care what some schlub who could die as soon as they walk off stage for all you care does with their lives. You just want to see letters spin, watch exciting lights flash, and hear people shout answers that you could have totally shouted better.

Save the human interest for singing competitions and makeover shows. We only got thirty minutes to watch these idiots screw up winning an amount of money roughly equivalent to the grand prize for a three dollar scratch-off ticket called, “Mr. Monkey’s Crazy Cash Grab.”

The Wheel of Fortune

Every once in a while, though, people get interesting. Blair Davis from Cardiff, California just so happened to be one of them. Take a listen to his fun facts.

Now that’s some refreshing humanity. He owns a small trucking business, hates his wife, hates his step kids (especially the one named Star, which is understandable), and he thinks his grandkid sucks too. Who can’t relate? We need more introductions like this.

“So what brings you here to Wheel of Fortune today, Gary?”

“Well Pat, my wife is banging the plumber and my kids keep stealing my credit cards to buy ingredients to cook meth. I want to get the hell out of there, just disappear, you know? But I don’t got the cash. So I’m just here lookin’ to guess some catchphrases, win ten grand, and go start a new life in Mexico. In a lot of ways I’m just like that Shawshank Redemption guy. Help me escape Pat, won’t you?”

We appreciate a stark sense of humor. 😅 Last night's contestant Blair had us all laughing. pic.twitter.com/jwVXHSNWH0

This article was originally published on October 26, 2019.