When Borat met David Letterman, the late night host had no idea such madness would ensue 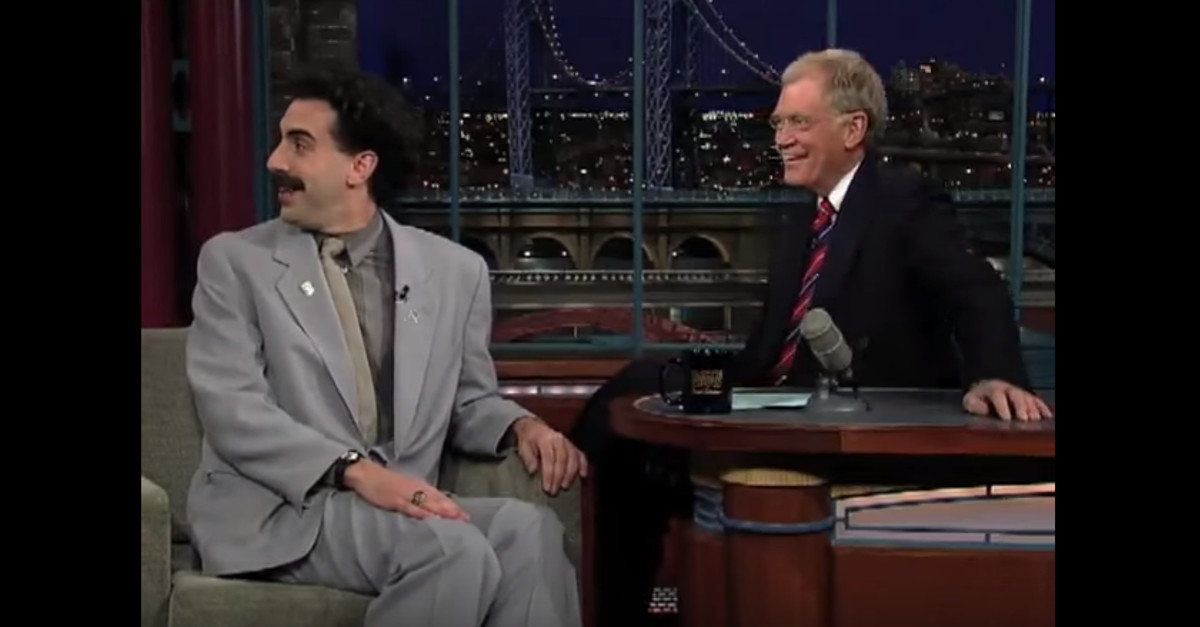 It’s hard to believe that “Borat: Cultural Learnings of America for Make Benefit Glorious Nation of Kazakhstan” was released in the U.S. almost ten years ago, in November 2006.

On October 30, 2006, Borat appeared on the “Late Show with David Letterman” and the late night host had absolutely no idea what was about to happen. Letterman was totally caught off guard when Sacha Baron Cohen showed up for the segment in character as the Kazakhstani journalist.

The interview quickly spiraled out of control with Borat describing himself as being the son of a woman and her rapist, cheering the death of his wife, and discussing the similarities between Kazakhstan and the “U-S-and-A.”

Letterman’s uncomfortable laughter is so palpable throughout the entire segment, but it seems to just egg Borat on to say more absurd things. This late night clip is definitely one of the books!