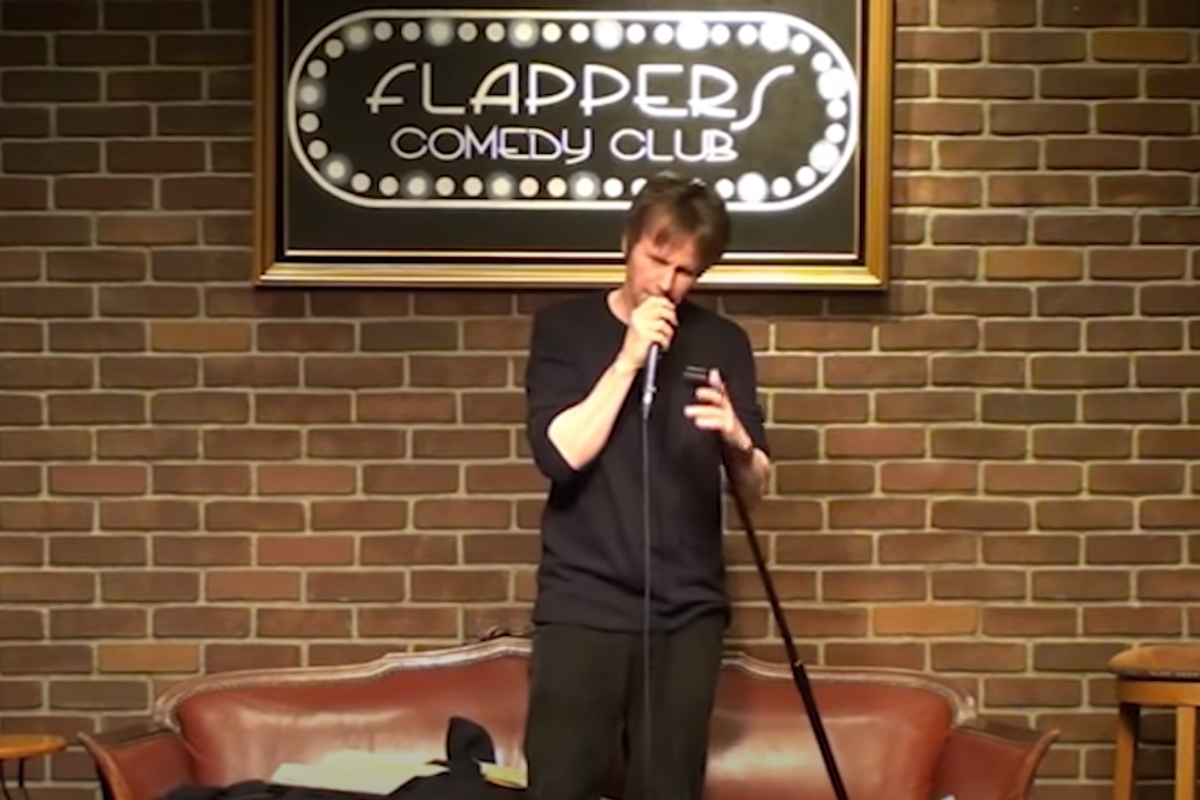 During a stand-up comedy performance at Flappers Comedy Club in Burbank, California, former Saturday Night Live cast member Dana Carvey turned the tables on a heckler by unleashing a familiar friend from his SNL days.

Carvey was explaining to the crowd that he developed his popular SNL character The Church Lady as a way to fight hecklers while doing stand-up in the 1980s. (A solid strategy considering hecklers are pretty much sent by Satan.)

As he told the origin story of his talk show skit Church Chat, ironically, someone in the audience started going back and forth with Carvey.

Without missing a beat, Carvey laid into the heckler with his Church Lady character, reminding her (and all of us) why he might be the most underrated cast member in the history of Lorne Michaels’ iconic NBC variety show.

Carvey, who rightly is recognized for being a brilliant impressionist up there with other SNL greats like Darrell Hammond and Bill Hader, probably doesn’t get enough credit for his original Saturday Night Live characters.

Sure he can whip out a brilliant Donald Trump or Joe Biden or, Ted Cruz or Hillary Clinton impression as quick as anyone in Hollywood, but his characters were great too. Garth from the Wayne’s World skit and his half of bodybuilders Hans and Franz were both endlessly enjoyable characters. Some of the best of any TV show in the ’80s and ’90s.

So it’s nice to see Carvey’s Church Lady once again pursing her lips and elongating the word Lucifer for our enjoyment. We need Carvey back on SNL ASAP. As a host or a just with a cameo. The last time he appeared in Studio 8H (to our knowledge) was during the big SNL 40 year reunion when he appeared with Mike Myers as Garth. It’s been too long!

This story was originally published August 24, 2015.