We’re all familiar with the messy roommate, whether it was a college friend, a relative or it’s us, we’ve all witnessed the mess. Comedian Justin Cousson is one such individual who has to live the reality of the messy roommate. But rather than throw a fit, Cousson decided to get creative. He built what he’s calling the “passive-aggressive art gallery.” Here are a few pictures of his masterpiece.

My passive-aggressive art gallery is thriving, although some critics don't care for my emphasis on found pieces. pic.twitter.com/qp9hJ651tW

RELATED: A Pittsburgh man bit off his roommate’s ear after getting into an argument about President Trump

Here are a few of the “exhibits” closer up–first we have “cheese knife,” a mixed media piece just recently constructed. 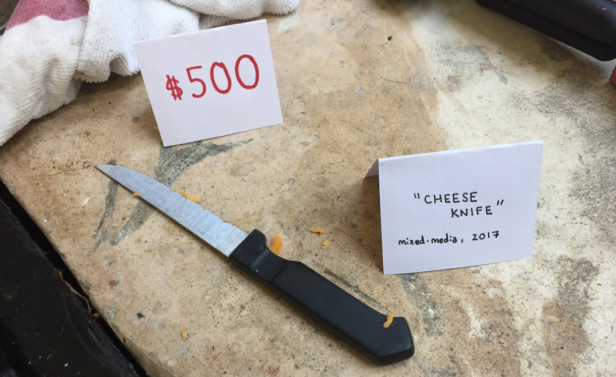 Then there is “sour cream covered spoon, left in sink before leaving town for four days.” It’s a bargain at $3400. 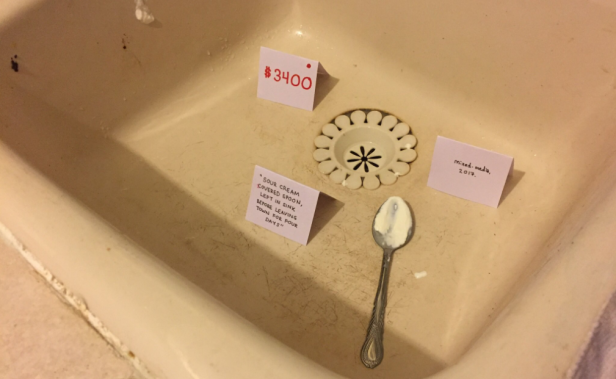 RELATED: Roommate dresses up in creepy costume for the most hilarious prank

Next we encounter “knife left out on counter in striking distance of knife block, having been only used to remove seal of ice cream carton, which was also left on the counter.” 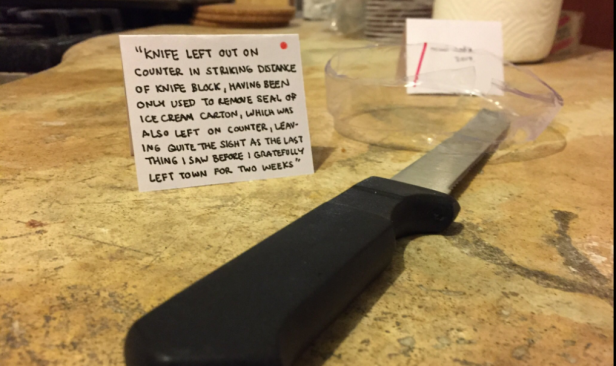 One of the most expensive pieces (at $6,000) in the so-called gallery is entitled “boxes left on couch because what even is breaking them down and recycling or even leaving them not on the couch.” 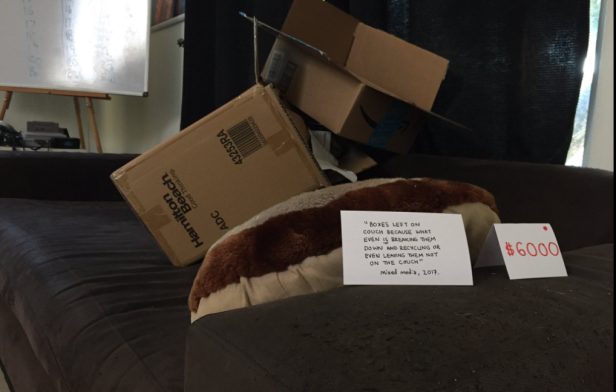 More recently, he’s branched out and gotten even more abstract with a piece he’s calling “choose your weapon.” 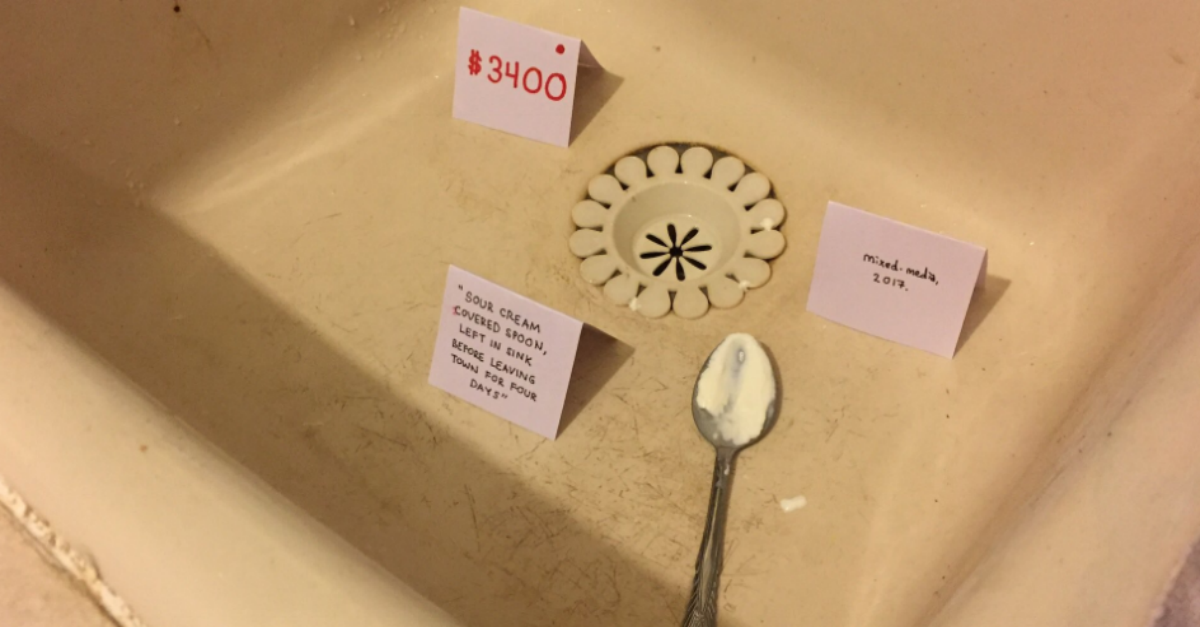