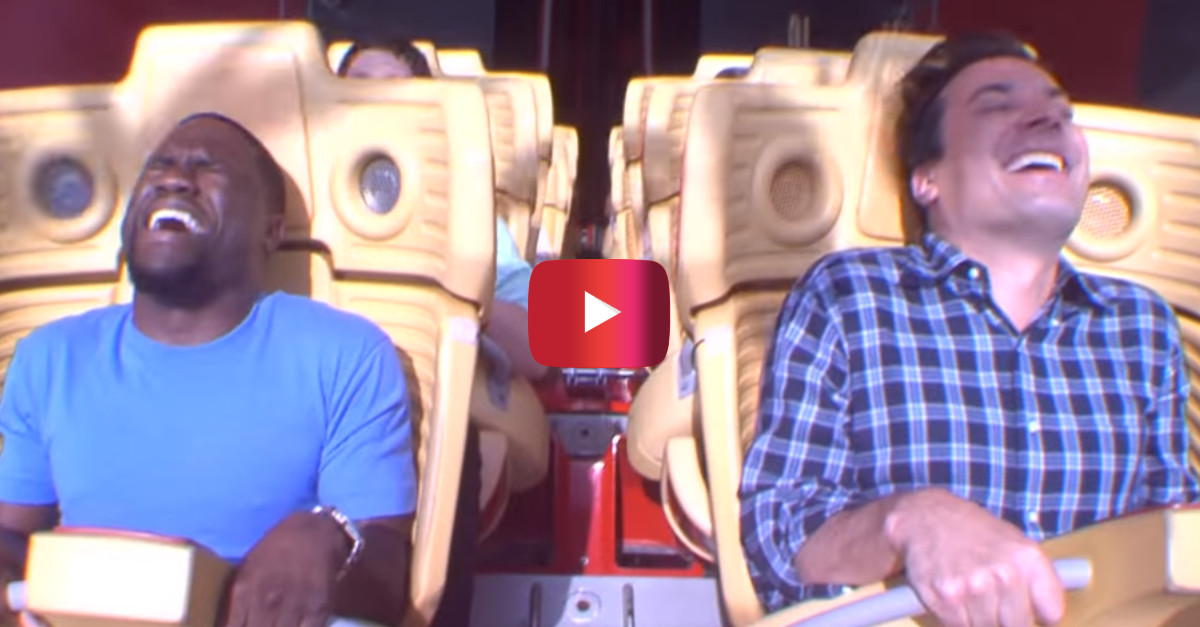 In June 2014, talk show host Jimmy Fallon took advantage of his guest’s fears when he took comedian Kevin Hart to an amusement park to ride a roller coaster.

According to Hart, he hates roller coasters, and was at first hesitant to participate in the bit.

“You know damn well I don’t like no roller coasters.”

Despite his trepidations, Hart, who was promoting his film “Think Like a Man (Too),” got on the coaster anyway, and gave the audience some insane and hilarious reactions.

“My palms were so clammy,” Hart would later say.

“I don’t like roller coasters, and you made me do it.”