When these pranksters rubbed Mace on their bikes, the thieves who tried to steal them got a nasty surprise 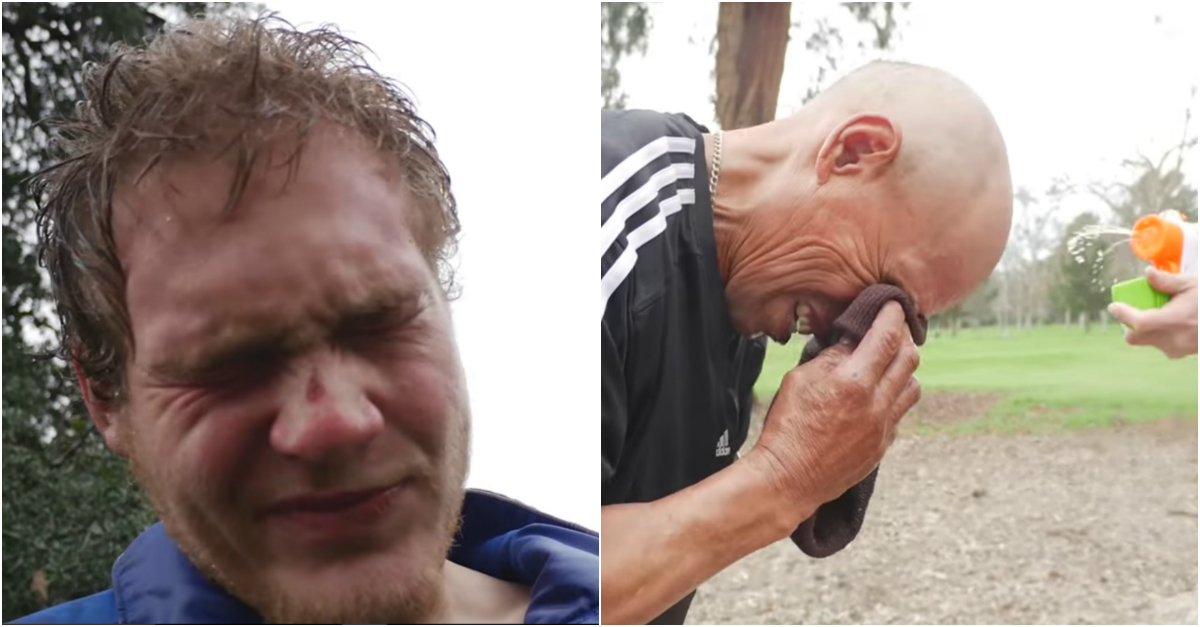 This video was uploaded to YouTube by the pranksters at TwinzTV, and it features a bunch of would-be bike thieves getting some hot, itchy justice.

RELATED: Mom tries to play a pizza prank on her little one, but the dog gets the last laugh

Our pranksters decide to rub the handlebars of a bike in Mace and leave it in the middle of a park. Inevitably, some ragamuffins come along and attempt to the steal the bike. As they’re riding away, the pranksters come out of hiding, and shoot water at the bike thieves using high-powered water guns.

What happens next is hilarious and very satisfying. The thieves’ instinct after having water squirted into their faces is to rub their faces, but their hands are now covered in Mace, so they’ve essentially Maced themselves. It’s a genius prank, with deserving victims.