While directing traffic, this Arizona police officer decided to show off his dancing skills 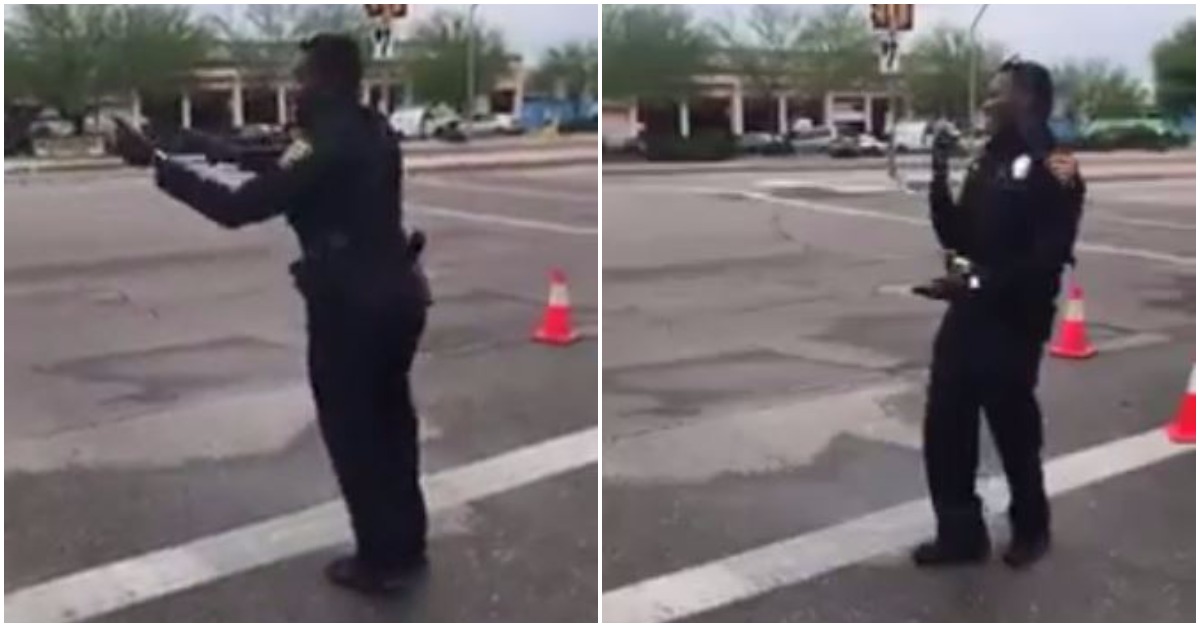 Following a power outage in Tucson, Arizona, an officer with the city’s police department showed off his dance moves while directing traffic.

RELATED: These groovy dancing grandparents bust a move and get down in this amazing dance compilation

Video shows Officer Woodson busting a move while directing local traffic. Even though directing traffic might not be that fun of an assignment, dancing is one way to entertain not only yourself but those in cars as well.

It’s definitely not Woodson’s first time dancing either, as he pulls off some nice moves while in the intersection.