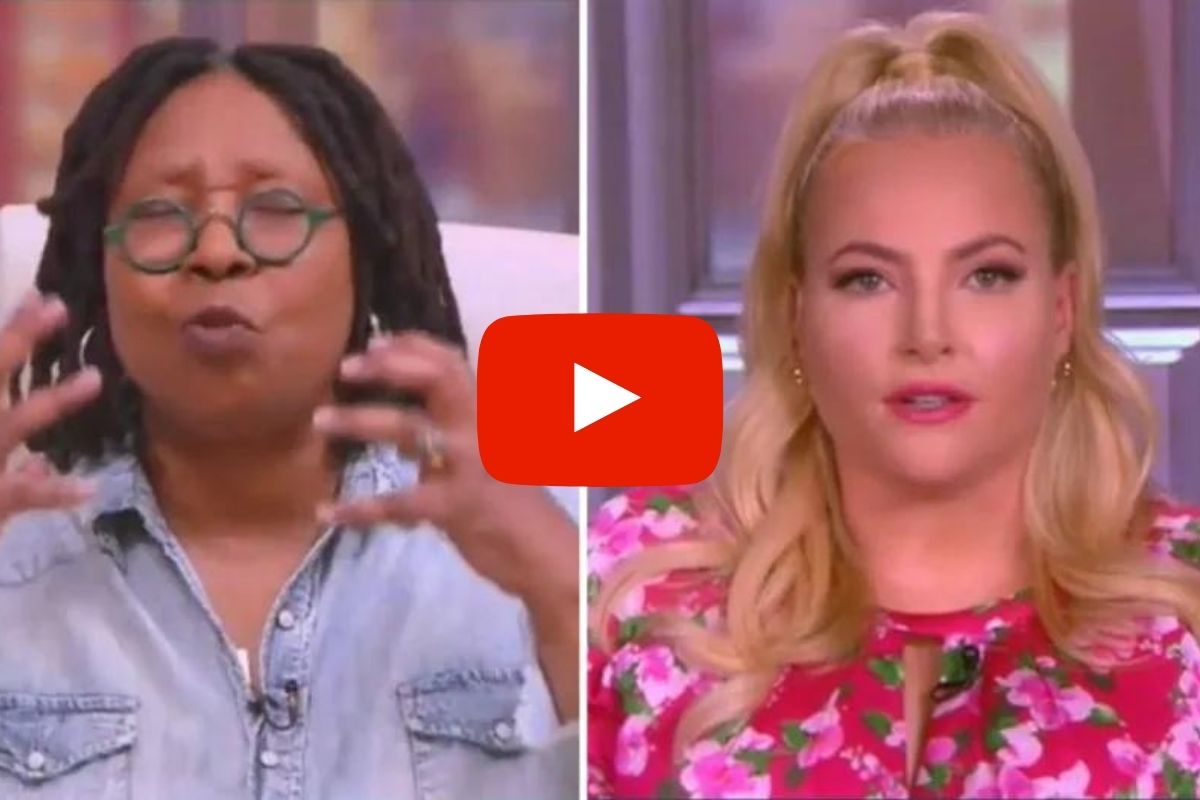 It was a hilarious and chaotic episode of The View as Meghan McCain had several heated moments with co-hosts Joy Behar and Whoopi Goldberg. Yes, things got so bad (again) that Behar told McCain that she should have respect for her, saying that she was on the daytime talk show for nearly 25 years. The topic they were discussing was about Republican Rep. Marjorie Taylor Greene’s comment in which she compared the mask mandate requirement for members to the Holocaust.

Greene has said, “You know, we can look back at a time in history where people were told to wear a gold star, and they were definitely treated like second class citizens, so much so that they were put in trains and taken to gas chambers in Nazi Germany. And this is exactly the type of abuse that Nancy Pelosi is talking about.”

“Why Are You Cutting Me Off?”

Ive watched this 5Xs already. It continues to thrill and delight me. 😂#TheView pic.twitter.com/cn4ZAPRiKq

During Monday’s episode, McCain quickly jumped in, saying that she couldn’t stand Green and called her a “crazy person” in her opening remarks. She then turned the conversation on Democrats, specifically referring to “The Squad,” who are Ilhan Omar, Alexandria Ocasio Cortez, Rashida Tlaib, and Ayanna Pressley. McCain accused the media of not covering what she views as anti-semitic behavior.

As she was speaking against the squad, Goldberg eventually jumped in so they could go to a commercial break and end the rant. That’s when McCain shouted at the moderator, “Why are you cutting me off?” and Goldberg yelled, “I’m cutting you off because we’re going to break!” Which is hilarious in itself because Whoopi Goldberg basically taught McCain how television works. You know, because every TV show needs commercials.

After break, McCain then was able to continue her argument saying, “When anti-Semitism shows itself on the right, it is easy to spot with crazy people and tiki torches. When it manifests on the left, it’s a lot more insidious and a lot more sinister and a lot more difficult to define.” Responding to the comment, Goldberg pointed out that way no more made her comments by saying that Israel had “hypnotized the world” back in 2012, she didn’t give go back at the time from within her own party.

That’s when Sonny added, “criticizing the Israeli government and some of its tactics are not the same as being anti-Semitic” — and said conflating Israeli politics with Judaism and Jewish hate crimes is actually anti-Semitic, before slamming “whataboutism.” What can I say, just another day, another episode, and another argument. These women sure love to argue about everything.