Why use a door handle to pull out a loose tooth when you could use a chicken? 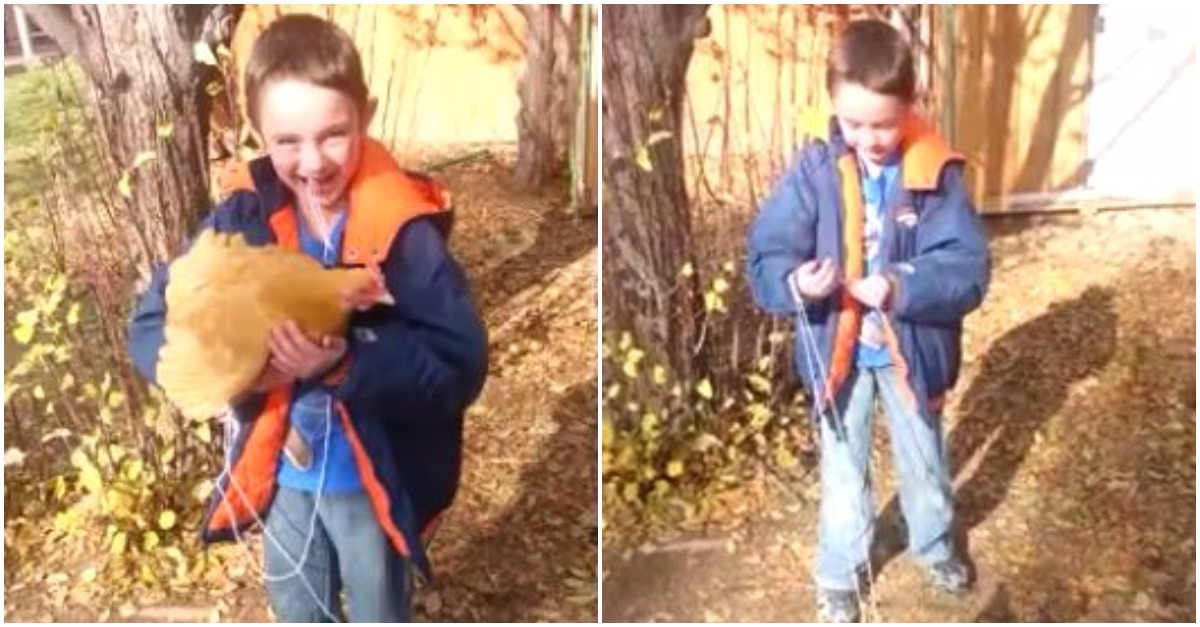 This little boy had a loose tooth, and apparently the string-on-the-door trick was just too conventional and boring.

RELATED: You?ll never be as patriotic as this chicken that can play ?America the Beautiful? on the piano

Instead, he decides to use on of the family’s chickens to help pull the tooth out. As he holds the animal in his arms, you can see that one end of the string is tied around his tooth and the other tied around the chicken. The chicken tries to escape the boy’s arms, so he lets go, and as the chicken falls to the ground, out comes the tooth.