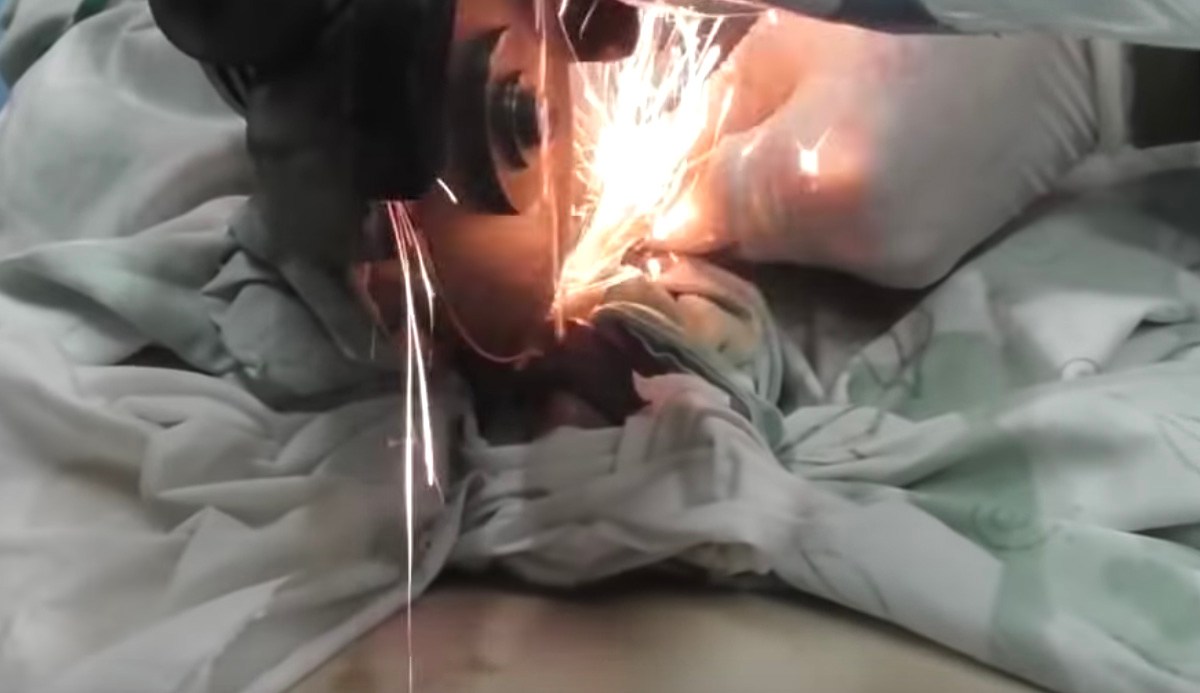 A Ukrainian man with what is hopefully soon to be a crazy ex-wife found himself going under the circular saw after said lunatic spouse affixed a “chastity nut” to his penis while he was sleeping.

The 40-something man, whose name was not released, woke up in pain and realized something was terribly, horribly wrong when he saw the device on his penis, which was swelling. Unable to get the nut — nut, as in, what keeps a screw in place — off of his rapidly swelling member, the man was taken to the hospital. That hospital wasn’t able to do anything either, however. They didn’t have the tools required to get the device off. (Apparently butter and a good, hard yank weren’t an option.)

With no options on hand, the hospital called a “Cobra” rescue crew who proceeded to use a band saw to saw the metal nut off the man’s penis in what had to be the worst however many minutes of his entire life. By far. Sparks were literally flying off the metal nut and doctors had to pour water on the man’s groin to cool it down. He should’ve just told the doctors to knock him and maybe don’t wake him up if they couldn’t save his penis.

Local Ukranian news uploaded the video of the incident. Take a look if you feel like torturing yourself and adding to whatever the opposite of your spank bank is.

My God. As soon as this guy’s penis is fully healed — he’s still recovering in the hospital — he needs to treat himself to a vacation, both to get as far away as possible from his penis murdering wife and also to, just, reset. Start over. Get some much-needed perspective on life. To calm down. He’s earned.

Conversely, the wife should be sent to Siberia.