Relief guaranteed? Nope, trauma guaranteed, that’s for sure. A woman decided to share her husband’s tragic yet hilarious story online because according to her, she had never laughed as hard as he did when everything went down. Honestly, neither have I, this is pure comical gold!

Turns out, author Abby Jimenez thought her husband was basically dying because he had managed to unintentionally eat TWELVE doses of laxatives. Yes, TWELVE! According to Abby, the mistake was all thanks to the silly packaging and her husband’s lack of attention. The husband saw that it was okay to eat one to two squares of Ex-lax for instant alive. So, being a man and not reading what an actual square is, he assumed that one square was basically the whole entire bar of laxative chocolate! So there he went, gobbling down 12 squares that make you poop everything out.

As expected, the man suddenly couldn’t move from the restroom because his bowel movements were crying, realizing that one square was actually a piece of the chocolate, not what he had eaten. So, being the hilarious and loving wife she is, Abby shared the story to Facebook, which quickly went viral and has been shared more than 200,000 times on social media!

Abby wrote, “So last night my husband took some Ex-lax. Then this morning, some shit started going down. Like, literally. He looked at the packaging and realized that when it said to eat 1-2 squares, it meant the tiny squares, not an entire block. He ate 12 DOSES of Ex-lax.”

It’s All Down Here From Here

The wife begins to explain that she decided to call Poison Control because she thought that he was literally dying in the restroom. But, she couldn’t really talk to them because her laughter was so hard that no words were coming out, and the guy thought that she was prank-calling poison control. She continues,

“The guy on the other end probably thought it was a prank call. I swear to God, I hope they record their calls and enjoy that one at the staff meeting later because even thinking about me trying to explain that my 39-year-old husband just ate a whole brick of Ex-lax is making me wheeze. The guy was like, “The biggest risks are cramping, dehydration, and diaper rash.’ I was NOT ready for this dude to come at me with diaper rash! I completely lost it. My husband was so pissed (from the bathroom of course).”

According to Abby, the funniest part of the whole situation was that her hubby thought he had only taken a half dose because he only ate one bar instead of two. But no, the level of diarrhea must have been so insane, this man is never touching laxative chocolate again! Ah, at least they are keeping the spark alive after 16 years of marriage, right? The only thing missing from this whole thing is a before-and-after picture of her husband. 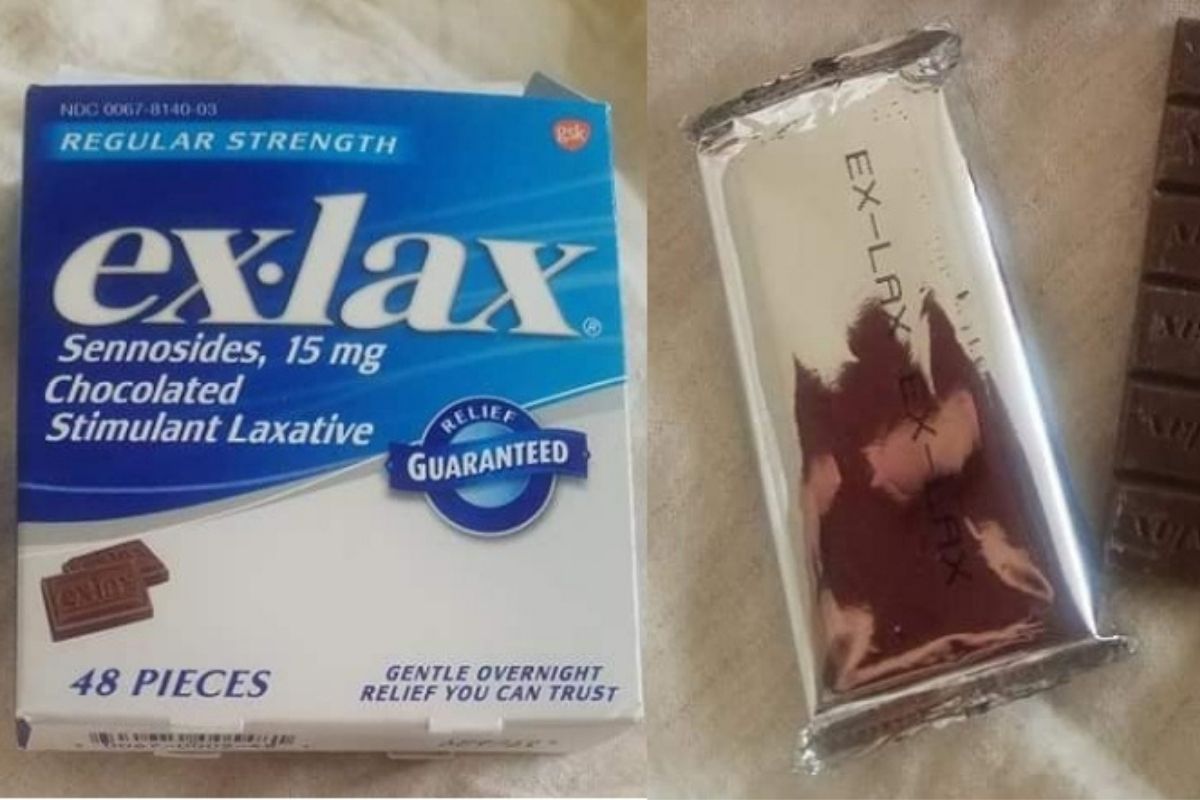