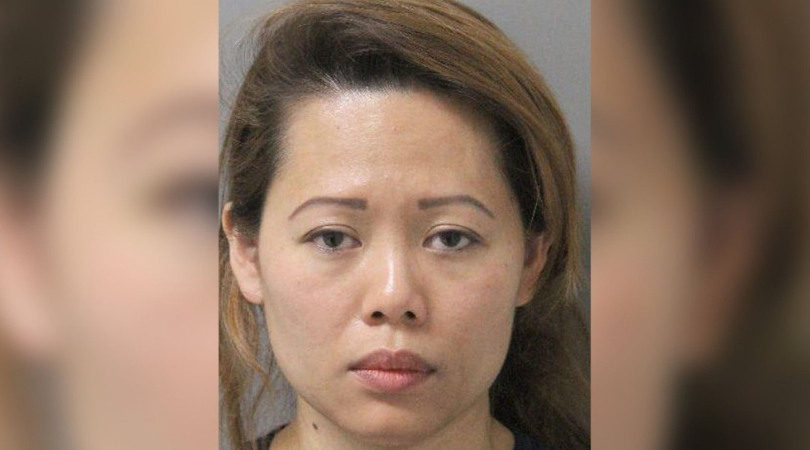 A woman who committed the cruel cruel act of buying a Nerf gun to get back at her cheating husband is now behind bars. Yes, you read that right, a Nerf gun. A freaking NERF GUN. Police officers are really out here trying to arrest everyone that crosses their path. This is devastating.

According to authorities, 40-year-old Anh Thi Pham suspected her husband of 12 years was cheating on her, which is why she attacked him and is facing a charge of domestic abuse. Officers had originally responded to the residence after they received a call about a domestic disturbance. The “victim,” who was the husband, told police that his wife had been arguing with him because of the suspected infidelity. He then accused his wife of viciously attacking him with Nerf guns, and ran out of the house so he could get away from her.

Trying to make him confess, the woman then decided to not let him get away with his cheating and chased him down the road. Deputies stated that there were a few minor cuts and scrapes on the victim’s face and arm from the reported battery and at the time of the incident, there were four children in the home.

You Cheat? You Get the Nerf Gun!

Husband shoots his wife with a nerf gun every day for a week and the frustration is real 😂🔫 pic.twitter.com/rLAdoAuRjW

Deputies then contacted Pham, who was holding up two plastic Nerf guns straight out of Lara Croft’s book, still trying to get a confession. She allegedly admitted to hitting her husband for her suspicion and was booked into the Ouachita Correctional Center on one count of domestic abuse child endangerment.

Which I mean, seems pretty ridiculous. This woman had a freaking toy gun! How are you going to arrest a woman for just trying to protect her kids by confronting their father? It’s really insane. You’re telling me that you never had a Nerf war as a child? Nah, this man is the one who should be getting arrested, not her. How much of a man is he if he can’t handle a few foam darts? Let this woman go, she was just trying to get some revenge. I’d do the same, really.

Also, this man probably thought he got away with his cheating because he can now tell his family that they broke up because his wife was arrested. Low blow, man.

Editors Note: This article was originally published on October 2, 2019. We brought it back to remind you not to fight with Nerf Guns…or else you’ll get arrested. Maybe?