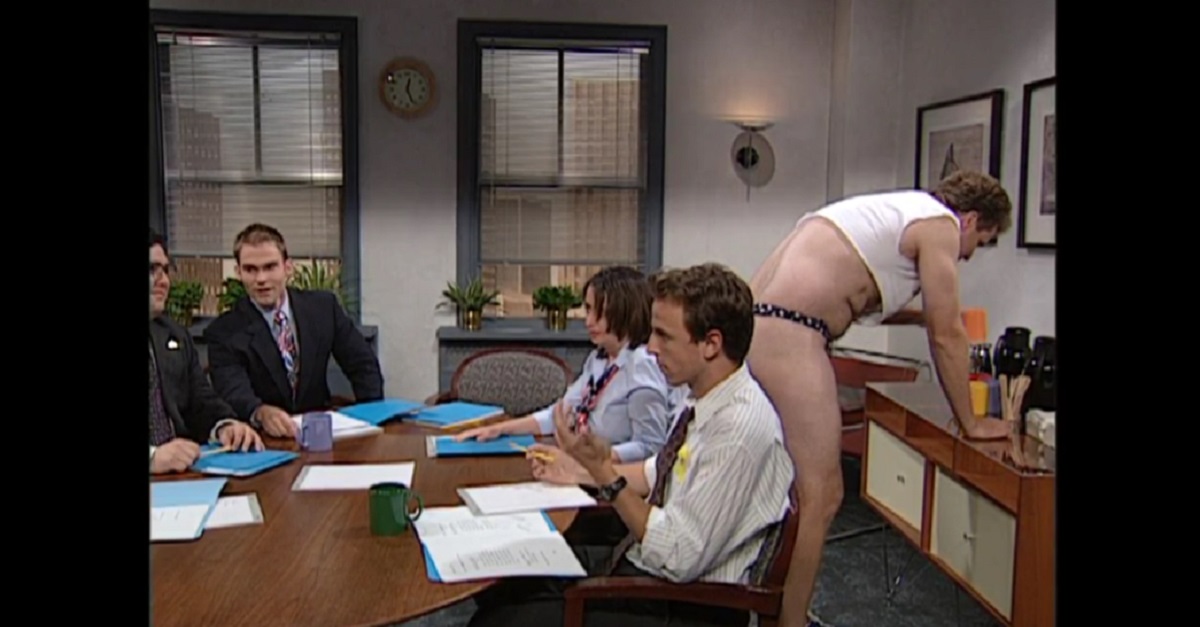 Even when it’s not the Fourth of July, there is always time for “small showings of patriotism.” In this classic “Saturday Night Live” sketch, Will Ferrell took “small showings” just a little too far.

The background of this sketch from 2001 is that there is an office meeting going on, and they are all waiting on Ferrell’s character to show up. Apparently “small showings of patriotism” had just been approved as company attire, and you can see an example in Sean William Scott’s U.S. flag-patterned tie.

RELATED: A young Will Ferrell doesn?t say much in this clip, but when you find out why he was there, you?ll smile

Ferrell, on the other hand, shows up in the skimpiest attire possible. A cut-off shirt and speedo may not seem like appropriate office attire, but hey: small showings of patriotism have just been approved, and these clothes are definitely small.

Ferrell tries to keep the meeting together, but with those clothes, it just doesn’t quite work out.

Good luck getting the image of Will’s butt out of your mind, though!