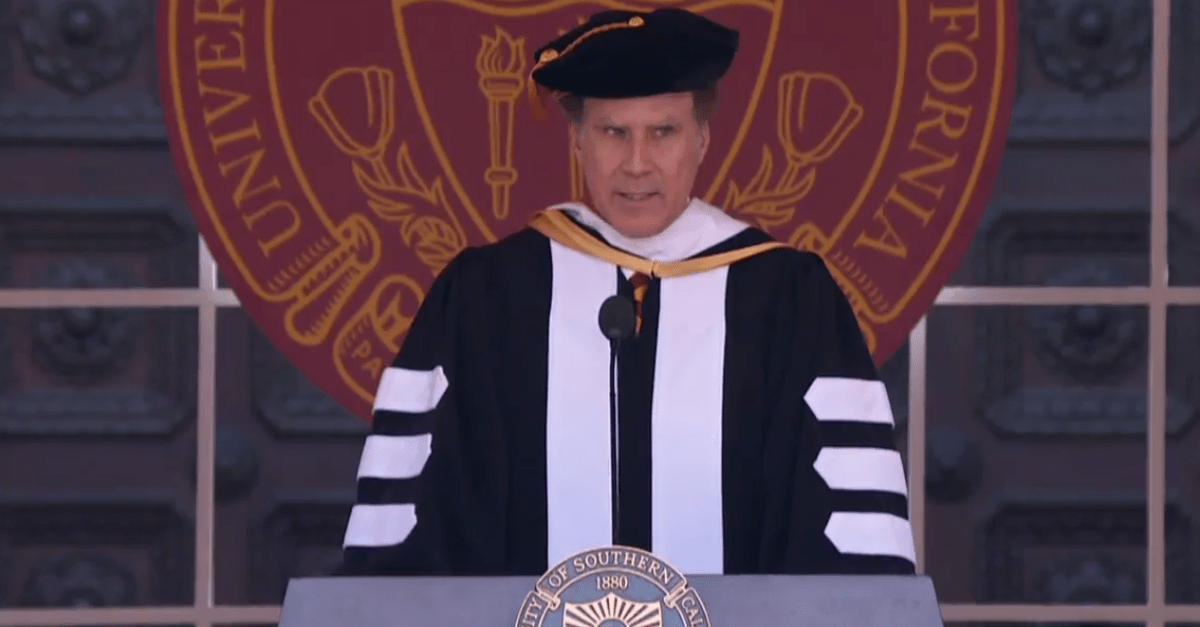 Will Ferrell is known as being one of the greatest comedy actors alive. He’s built a company, “Funny or Die,” that regularly churns out sketches, and almost everything Ferrell does, he seems to be successful at. On Friday, Ferrell appeared at the University of Southern California to give a commencement address, and the actor did not disappoint.

RELATED: Students at USC better hold onto their hats because Will Ferrell is about to rock their comedy worlds

The actor was awarded an honorary doctorate (in “humane letters”) before he spoke and was described by USC Dean Elizabeth Daley as “quite frankly, a comic genius.” Ferrell showed off some humility, praising the other speakers and saying, “and then there’s me, Will Ferrell, who’s achievements include running naked through the city of Montrose…running around in underwear in my racing helmet…running around in elf tights and playing cowbell.”

RELATED: Will Ferrell shaves Conan on live television with his renowned electric razor–“Excalibeard”

Ferrell, who is a USC alumna himself, did take some time to get serious, recalling leaving “Saturday Night Live” and spending three years pitching “Anchorman” before it was picked up. But the real highlight of the speech was in the closing when, in a more serious note, Ferrell assured the graduates that “you will never be alone on whatever path you may choose, if you do have a moment when you feel a little down, just think of the support that you have from this great Trojan family, and imagine me–literally picture my face singing this song into your ear.”

What followed was one of the most impassioned renditions of Whitney Houston’s “I Will Always Love You” that has ever been performed.