Texas Woman Celebrates Divorce By Blowing Up Her Wedding Dress 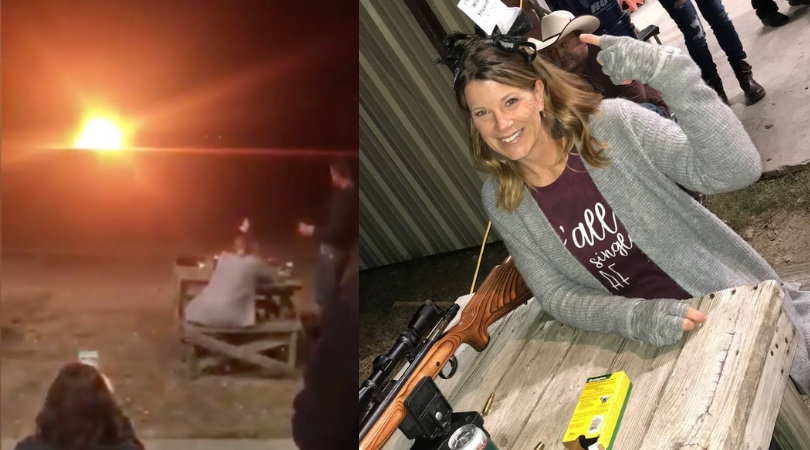 Everything is bigger in Texas… even divorce parties! Why? Well, this Texas woman is the perfect example of it. 43-year-old Kimberly Santleben-Stiteler decided to celebrate her divorce by none other than blowing up her wedding dress with a shotgun and 20 pounds ($200 worth) of bomb tech, known as Tannerite! The incident was captured on video (because let’s face it, who wouldn’t record that), where she is seen hitting the dress on her first attempt and the explosion was felt 15 miles away.

Santleben decided to blow up her dress at her divorce party, where 40 friends and family gathered at her family’s farm in LaCoste, Texas to celebrate the end of her 14-year marriage. She decided to host the party after cleaning out some of her ex-husband’s things, and found the wedding dress which according to her, “represented a lie.”

“I wanted to remove all things from our marriage from our house. Photos in the attic, ring in the safe (but probably going to sell it) and the dress I wanted to burn. I had a lot of advice and suggestions from friends and family, like donating it for premature babies and baptism gowns. However, to me, the dress represented a lie. I wanted to have a divorce party to burn the dress.”

In a state of what I can only imagine was rage, instead of selling it or keeping it in a box to be stored in (just like any other person who was getting a divorce would), she went on Terminator mode and destroyed the poor gown with the help of her ex-brother-in-law and dad. The fact that the ex-brother-in-law was involved in this whole scenario is just plain hilarious, by the way. Can you imagine the conversation he had with his brother after posting the video to Facebook? Talk about revenge.

According to the newly single mother, the explosion and the guest shouting and cheering were so loud, that they all received messages on Facebook from 15 miles away, asking if they were okay. The explosion felt through parts of Medina County in the town of Lacoste, 25 miles west of San Antonio.

So, I’m just going to go out on a limb here and say that it must have not been an amicable split for this woman to decide to blow up three paychecks, but okay, I’ll go with it. Girl power, and all that! Three cheers for the most Texas divorce celebration ever!

Editor’s note: This article was originally published on November 15, 2018.