Fun civic fact for all you annoying/terrible people out there: your local police department is not your personal security and anti-nuisance force. They don’t exist to protect your comfort and enforce your worldview unless your worldview happens to be, “There is a crazed naked man with an erection, a clown mask, and a butcher’s knife breaking into my house and I would like him to go away.”

If someone is having a barbecue in a public park and you’re not a fan of it, or if a little girl is selling lemonade in a spot you don’t think it’s appropriate to solicit in, guess what? That’s not a good reason to waste the police department’s time and your community’s tax money. The next time something is inconveniencing you and you’re tempted to call armed government officials to intervene, ask yourself, “Is this something a dumb asshole would do?” If the answer is yes (spoiler: it’s always yes) then don’t call the cops.

This brave Massachusetts woman who called the police because someone’s dog humped her dog at a dog park located in Attleboro did not ask herself this question. She subsequently (but predictably) proceeded to behave like a dumb asshole. The owner of the dog recorded it on his phone and posted the video to Facebook. It went viral pretty quickly after that.

According to the humping dog’s owner, 42-year-old Franklin Baxley, he frequents the dog park twice a day and sees this sort of harmless behavior all the time. When the woman’s dog entered the dog park Baxley’s dog, a puppy, excitedly ran up to her dog and soon after tried to hump it. Baxley immediately ran over, pulled his dog off, and apologized. The woman then said Baxley should leave because his dog was being a dog, but he declined to so. Baxley’s refusal to obey the commands of a stranger with no authority over him got the woman pretty horny to call the cops. So she went ahead and did that.

The cops showed up and Baxley got that on video as well.

Cops to the Rescue?

Then what happened? Absolutely nothing because this isn’t a crime or a reason to call the cops.

Baxley believes the incident was racially motivated and, while that’s more or less impossible to prove, it’s also not unlikely. If you want to go ahead and assume the woman is a racist that’s perfectly fine, though. I would say you should extend her the benefit of the doubt be she extended no such luxury to Baxley so it’s hard to feel compelled to do her that same favor.

Either way, don’t call the cops to enforce your inconveniences. If you do, you’re a massive tool. 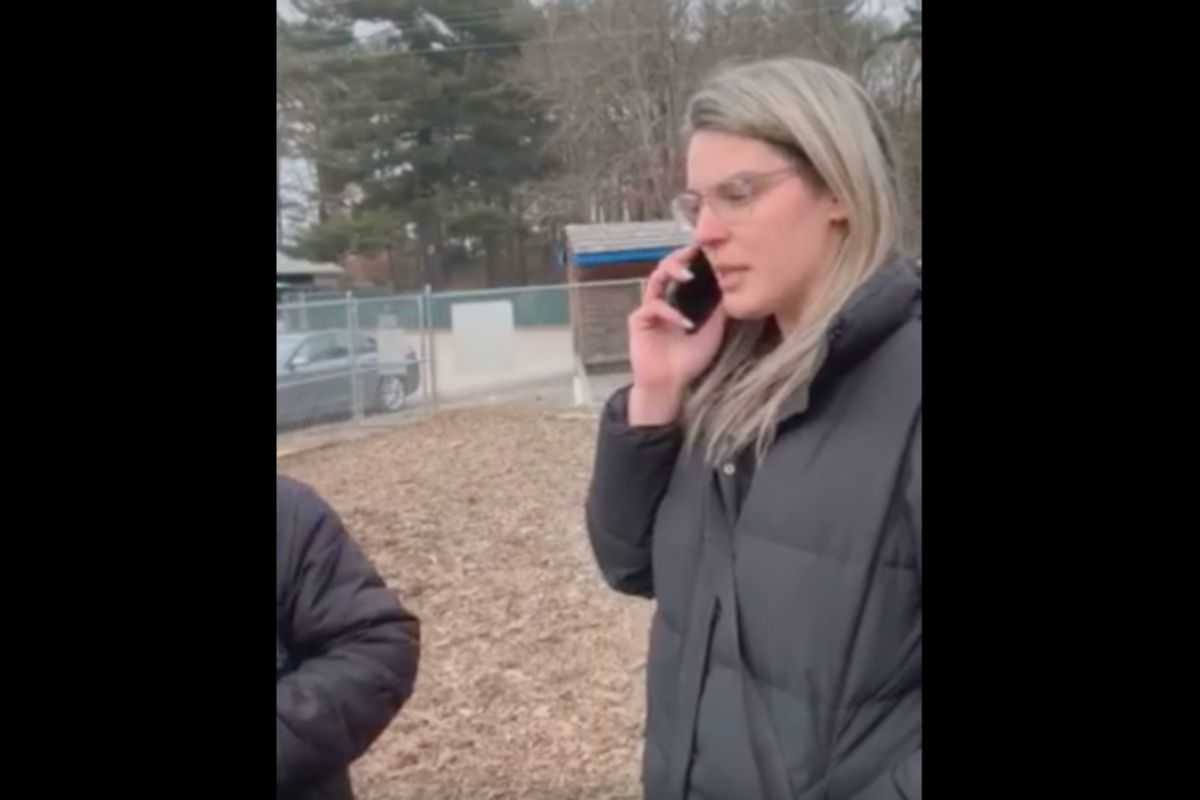