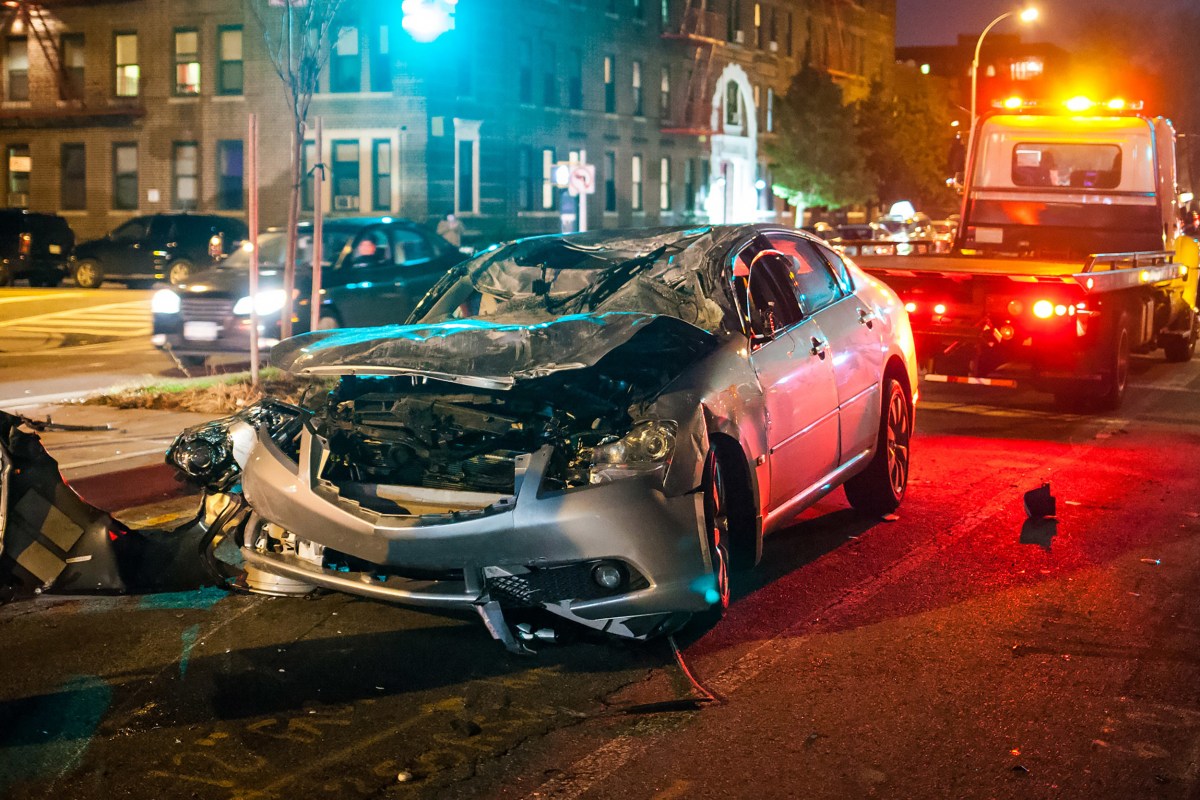 A Pennsylvania woman who apparently really needed to know whether or not God existed decided to try the old “Jesus take the wheel” routine, pretty much literally, to get her answer. Having no time for, you know, faith, 31-year-old Nadejda Reilly opted to swerve into oncoming traffic while driving down a road in the Weatherly area of Carbon County, Pennsylvania. Reilly figured that if God was real and loved her, he’d save her from being hurt. If not? Goodnight.

So, Reilly directed her car into oncoming traffic, slammed into another car, and injured two people. The two victims of Reilly’s religious experience are currently in the hospital. Their conditions are unknown. Reilly, however, walked away from the accident unscathed. Though Reilly probably assumes this is because God is real and loves her I’m guessing she survived because God is real and but is absolutely not in the mood to meet her, even for the moment it would take Him to inform her she’s going to hell, because he doesn’t like talking to someone who sucks so bad.

According to authorities, Reilly has shown zero remorse for her actions. Not only that, Reilly said she didn’t feel bad that other people were injured because of her actions because, obviously, if God loved them they would have been spared as well.

For anyone on the fence about potentially testing their faith by seeing if God will save them from self-inflicted stupidity, do not do that. The way God usually saves you from, say, rattlesnake poison isn’t by magically commanding the rattlesnakes to not bite you as you hold a half dozen of them in each hand inside of a church that used to be a large storage shed. He saves you from rattlesnake poison by giving you the knowledge that rattlesnakes are poisonous and thus unsafe to wave around in your arms as you scream toward the sky.

Reilly was arrested and jailed without bail. She has been charged with aggravated assault.