61-year old, Charlene Thomson, is being accused of pouring hot grease on a woman during an argument, at a residence on Hawaiian Terrace in Mt. Airy. According to Cincinnati police, the victim suffered severe burns to her back and arm, and her injuries were visible when they arrived at the scene. Thompson was arrested on a charge of felonious assault and booked into the Hamilton County jail where she was held without bond and scheduled to make her first court appearance the same day.

At the time of her arrest, Thompson already had two outstanding warrants for criminal damaging or endangering. Starting with the most recent offense, she was accused twice between November 2016 and March 2017 for throwing rocks at a male neighbors window and breaking them. Thompson was also charged with assault and criminal damaging or endangerment and criminal trespass in 2008.

On March 11, 2008, Cincinnati police wrote in a criminal complaint that she punched a victim in the face causing her physical harm. The charge was later dismissed on August 6, 2008, according to court records. Later that year, a charge of disorderly conduct while intoxicated was also dismissed shortly after filed. On July, 2008, Cincinnati police accused her of kicking an officer and spitting several times in the back of a police car and on an officer.

In 2006, Thompson was charged with domestic violence for allegedly striking her daughter in the mouth and back of the heard, injuring her daughter’s hand while as she was trying to protecting herself. The charge was later dismissed on February 21, 2007.

Later that year, Thompson was convicted of criminal trespass in August 2007, following a June 2007 arrested where she was accused of entering an assisted living facility without permission and hitting a residence. She was also charged with assault, but the charge was dropped when she was convicted in a plea on August 13, 2007.

Now, I am no expert in criminal law whatsoever, but the fact that this woman has been accused of so many crimes, and all of those have been dropped, amazes me. Honestly, can someone explain to me how one can be charged with criminal endangerment and domestic violence and just be let go as if nothing? This is why bad things keep happening people! Either she must have a great lawyer or people are just afraid of her, scared she’d lash out. No pun intended.

Anyways, I’m pretty sure it’s the second one. Also…I’m just going to leave these tweets here.

Should have kept a better eye on her pic.twitter.com/0jnVqMVk94

“Eye’lash you one last time; who started the fight?!” 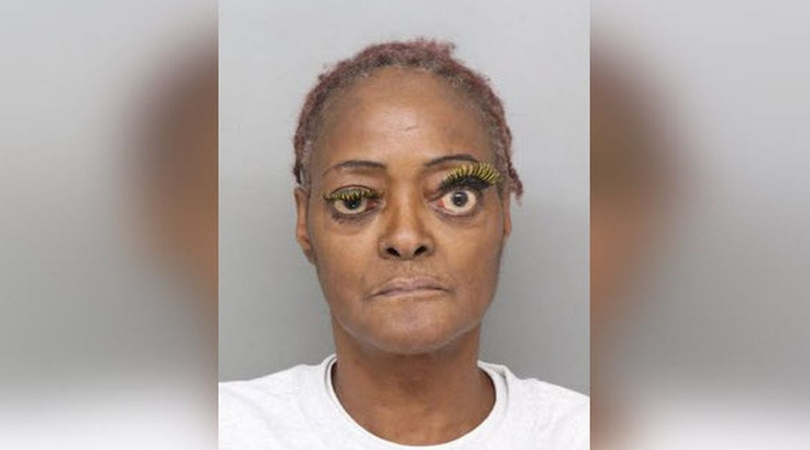