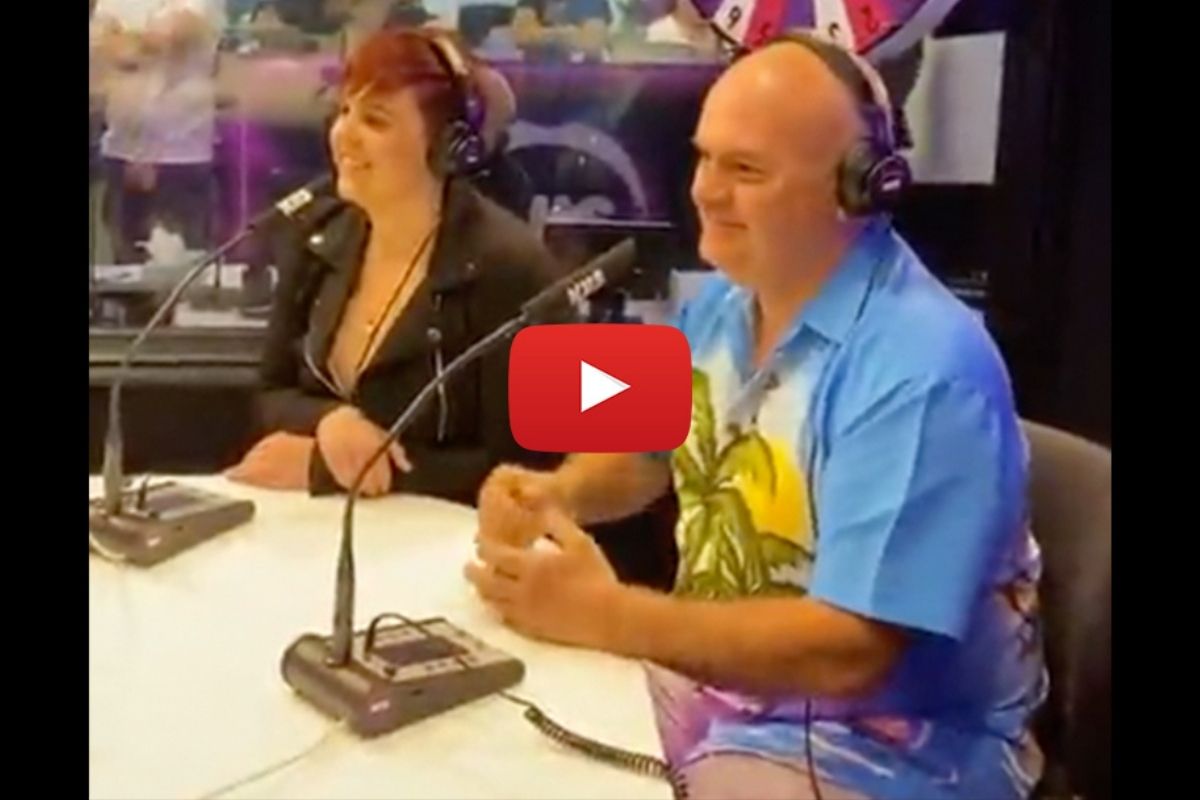 An Australian woman is a hooker now. A literal hooker. She was paid (some) money to perform a (minor) sex act. On her dad.

During an appearance on an Australian radio program called The Kyle and Jackie O Show the 26-year-old woman was joined by her 49-year-old father. The segment they appeared on was called “Boyfriend or Daddy,” in which the radio hosts have to guess if the man joining the young woman is her older lover or her father.

Because of the apparent sexual tension between the two, the hosts were unable to figure out if the guy was this girl’s dad or… her daddy. So they dropped the ultimate trump card on the pair. They asked them to kiss. That would surely work. Why would any sane person make out with their dad for a mere one thousand Australian dollars? (Roughly $750 American.)

But then the girl and her dad made out.

It wasn’t long, but it was done the way two people who have sex with each other would do it. Except they’re father and daughter. This of course completely threw off the hosts who then guessed that the pair were boyfriend and girlfriend, not father and daughter.

And then the dad and his daughter — whose mouth he just put his tongue into — laughed all the way to the bank… to make a small deposit.

1. This is what happens when you send all your prisoners to an island filled with demonic animals and let them breed uninterrupted for 200 years. Things just get gross. It’s inevitable.

2. This should a fun Christmas!

4. Let’s be honest with ourselves. There’s a number. There’s a number you’d do this for. But it isn’t $750 while a radio producer nicknamed Sloppy Steve smashes sound effect buttons. Going to need to slap several zeroes on that total.

Editors Note: This article was originally published on September 7, 2020.