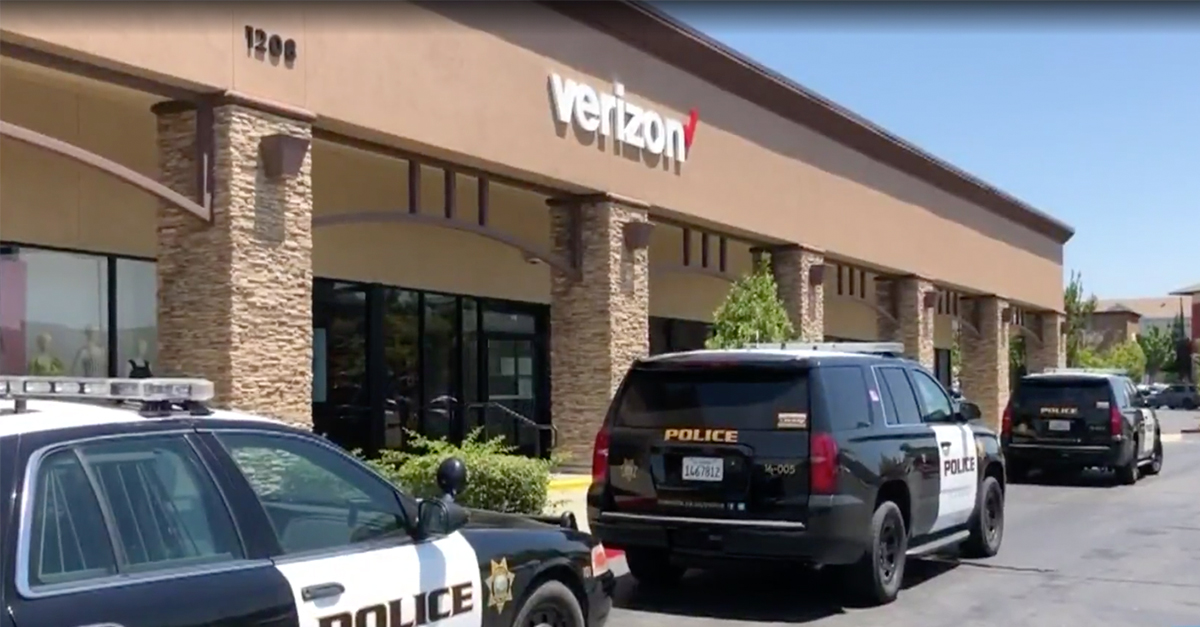 A California woman upset with a Verizon Wireless store’s mask policy decided to protest their unjust insistence that customers wear liberty muzzles if they wish to enter the store by liberating herself from her pants and then peeing all over the store’s floor.

Roseville Police were called to the Verizon store off Galleria Boulevard in Roseville, California (a suburb of Sacramento) after store employees called 911 twice to report that, first, a group of three people were refusing to wear masks and refusing to leave the store, and then, later, that one of the members of the group, a woman, was taking her pants off and urinating in the store.

CBS13 played a recording of the 911 dispatcher talking to police on their newscast.

Police arrested the woman in question and, after searching her car, found stolen items from Dick’s Sporting Goods.

A Verizon representative told CBS13 that the urination incident was not only in response to the company?s mask policy but would not comment further about any other motivations or what happened.

1. Apparently there might be more to this story than just, “NO FACE PRISONS FOR ME SHEEPLE DRINK MY PEE YOU FASCISTS.” Regardless, masks making people crazy is by far the most puzzling American trend in my lifetime. It’s just such a bizarre place to make a stand. I at least understand not wanting to close your restaurant’s dining room or feeling like you’re being imprisoned by a shelter in place order. The mask stuff, on the other hand, is pure conspiracy tin foil lunacy that has somehow gotten kind of mainstream.

2. Presumably, this Verizon store is carpeted which leads one to wonder, which would be worse to deal with as an employee? A customer peeing on a carpeted floor or a hardwood/tile floor? The hard-surfaced floor would definitely be the grosser one to witness. The puddle would spread rapidly and be bright yellow. Plus there is more splash. But the carpet absorbs the hate. Ghosts of that pee, real and imagined, will linger for days.