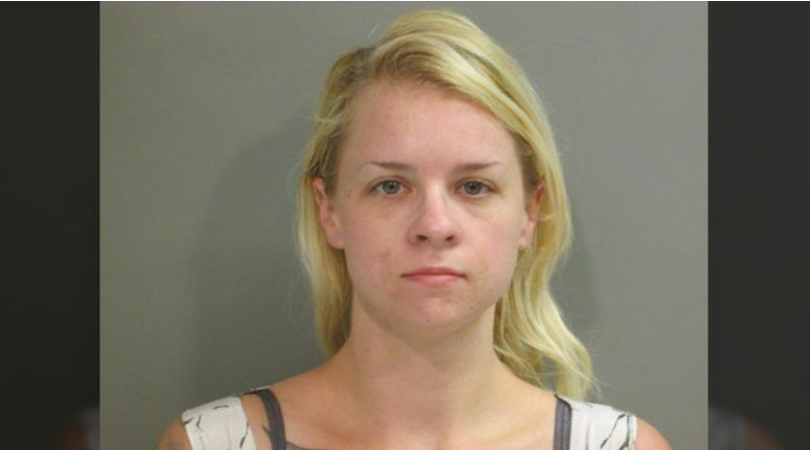 They say that love conquers all, if you are meant to be then it’ll be. Well, a woman was more than determined to make it work with her boyfriend, so much so, that she went to the extreme. And by extreme I mean she posed as a sheriff to release him from jail. Yes, you just can’t fake true love.

30-year-old Maxine Feldstein from Arkansas pleaded guilty to several charges, including criminal impersonation and was sentenced to a whopping 30 years prison. But, half her sentence was suspended by the judge, because well, I’m guessing he saw the couple and felt a little sympathy for them and their young love. So technically, it’s just 15 now.

Authorities say Maxine Feldstein gave jailers false paperwork that identified her as a sheriff's deputy to fool them into releasing her boyfriend. https://t.co/lJcIT0sA0a

According to court documents, in July 2018, Feldstein had posed as Ventura County Deputy “L. Kershaw” with the Ventura County Sheriff’s Office at the Washington County Jail. She presented several forged documents to fool other officials at the jail into freeing her boyfriend, Nicholas Lowe. Lowe had reportedly told Feldstein to pose as a deputy from the sheriff’s office.

Taking advantage of her love, Lowe was the one who reportedly told Feldstein to pose as a Sheriff’s deputy and tell the jail staff that California was “having issues with overflowing and all low-priority extradition have been suspended.” Which I mean, if someone told me that I would totally agree with her. But then again, I have no background training and haven’t don’t know anything about becoming a cop.

So, two days later, a real Ventura County deputy decided to call the jail and let them know he was on his way there to pick up Lowe himself. Which is when jail officials finally realized what was occurring. Safe to say the couple was eventually arrested a month later after the incident.

Whelp ya gotta admit it was creative.. not brilliant but creative.

Editor’s note: This article was originally published on May 17, 2019.