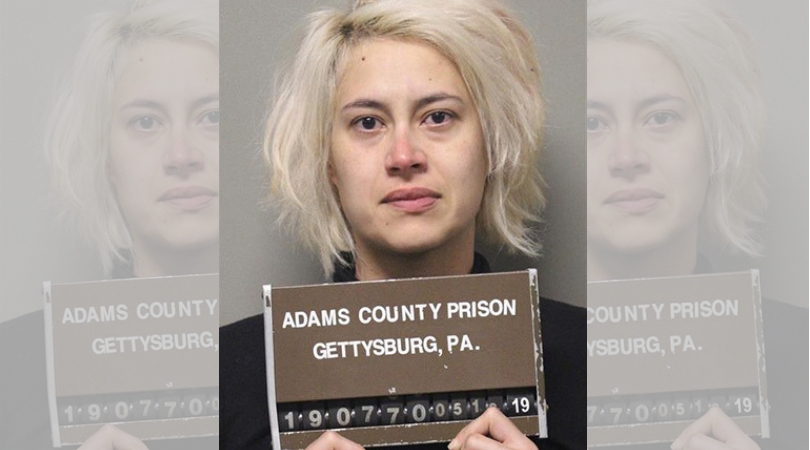 A 32-year-old woman who is ridiculously very very strong was charged with assault after authorities said she punched her ex-boyfriend in the groin, causing his scrotum to tear open. Yes, Micaela Arias Huettner, who I am considering the female version of Hulk, was charged with aggravated assault, simple assault, reckless endangerment, and harassment all in one.

According to a criminal complaint filed by Pennsylvania State Police, the victim told police he had returned home from a bar to find female Hulk just chillin’ on the couch. She began to question him about his whereabouts and who he was with. Of course, the couple then began arguing, and the alteration quickly became physical with Huettner striking him numerous times.

The ex-boyfriend allegedly told Hulk to leave the residence more than once and made it a point not to strike her. That’s when he decided he had enough, and eventually began to lead the Pennsylvania woman out of his home. Not having it, she quickly turned around and did what every woman wishes she could do to a guy when he gets out of line. She punched him in the groin. Apparently, it was such a hard punch that he quickly noticed something was wrong.

A queen. 👑I’d sign up for her self defense classes. Lol

After inspection, the victim saw that his scrotum was torn open, and one of his testicles was exposed and bleeding. Which is when he called the ambulance to pick him up.  According to police, Hulk was not forthcoming with her “recollection” of the event that occurred and changed her stories numerous times. The woman didn’t have any visible injuries other than a small red mark on her forehead but declined to tell police if it was due to the altercation.

Huettner was taken to Adams County Prison in lieu of $5,000 bail. Poor guy, talk about a fight, huh? I’m with her on this one, this guy must have given her enough motive to punch him. Still, pretty gruesome. Give this woman a restraining order and call it a day.