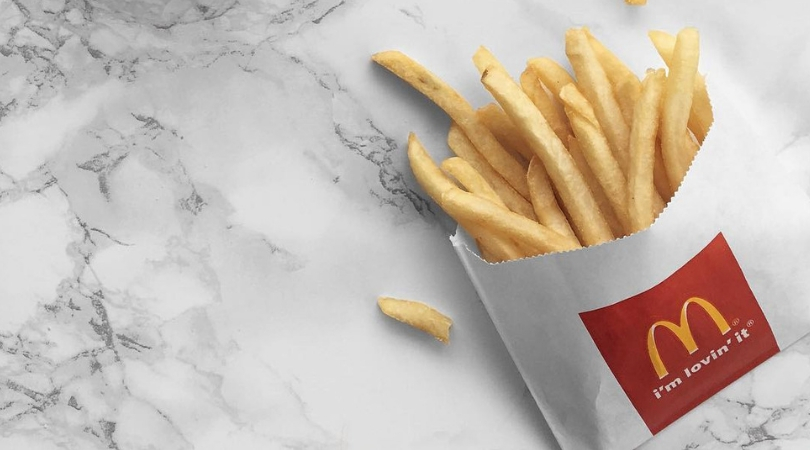 Have you ever heard of the term “hangry?” It’s when you’re so hungry that it makes you so so angry that you will basically do anything to get ahold of something you can quickly munch on. Well, this Georgia woman is the perfect example of that word, because all she wanted were delicious french fries and quickly drove through a McDonald’s drive-thru only to be let down. Unfortunately, the fast-food restaurant slipped up (not surprised at all) and gave her cold fries instead by accident. How barbaric, how dare they! She paid $2 for those!

According to McDonald’s in Garden City, Ga., the woman had previously ordered food from the restaurant and quickly left. She then came back to complain about the cold french fries while holding a gun. The manager, who was probably scared off his butt, quickly went into the kitchen to get a fresh order. But, this woman was just not having it, so she decided to follow him inside and shot a round into the floor. BAM. That’s how you get all the attention on you.

I expected this story to be from Florida. But I guess a little crazy leaked out. 🤣🤣 https://t.co/OnHYtxCnZl #FoxNews #Florida #georgia #McDonalds #mcdofries

The manager quickly gave her fries and offered her a refund, which she obviously took, before leaving and starting a manhunt. Garden City police later located and apprehended 27-year-old Lillian Shantel Tarver for several alleged driving offenses. She is also held on armed robbery, aggravated assault, fleeing a police officer for a felony offense, possession of a firearm during an attempt to commit several felonies and reckless conduct. Oh, and they obviously arrested her for armed robbery for the whole french fry incident.

Listen, the fact that you have to take a gun to McDonald’s because your fries were cold tells me that you eat way too much fast food. This is borderline obsessive, and something is seriously wrong with you. Mcdonald’s fries aren’t worth the charges or jail time. You’re basically getting arrested for being dumb and taking a gun inside a family place, instead of just going home and heating them up.

Editor’s note: This article was originally published on July 23, 2019.