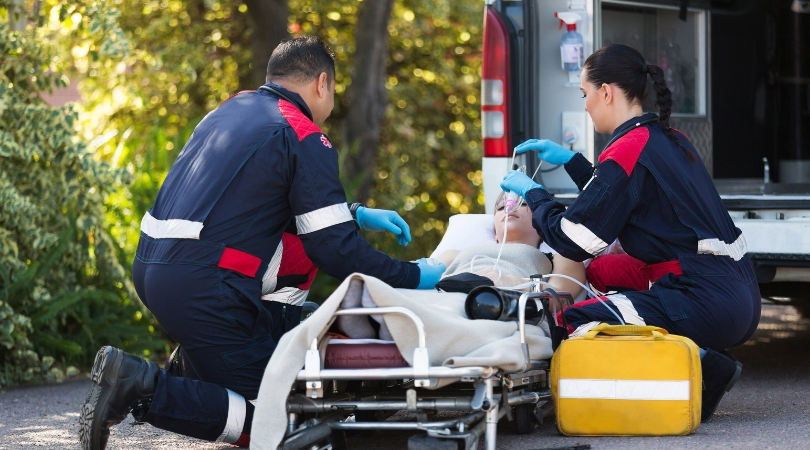 A 46-year-old woman, who is clearly from Florida, tried to solve all her problems by physically stabbing herself. And by problems, I mean that she was so tired of living in “Trump’s country” that she decided to stab herself. Which is hilarious and sad at the same time, but more hilarious than sad.

The woman reportedly stabbed herself three times in the stomach with a kitchen knife. She was found covered in blood outside her apartment bleeding from her face, legs, and hands, telling police she was “tired of Trump being president.” Police stated the woman has a history of hurting herself and had been “Baker Acted” before. The Baker Act is the Florida Mental Health Act of 1971, which allows the involuntary institutionalization and examination of a person. The examination can be required by a physician, judge, mental health professionals, and law enforcement. As long as there is enough evidence a person has a possible mental illness and is in danger of harming themselves.

Culling themselves out! I would’ve just moved but to each their own. Woman Stabs Herself Because She's 'Tired of Living in Trump's Country' https://t.co/f0wcP2TPCu via @BigLeaguePol

Police officers found large amounts of blood on the floor of the women’s home, including the living room, kitchen, and bathroom. She was transported to Blake Medical center. The responding officer used the Baker Act law to admit the woman, writing in the police report, “I strongly believe that there is a substantial likelihood that without care or treatment the person will cause serious bodily harm to herself and/or others. I believe that [name redacted] is unable to determine for herself whether examination is necessary.”

I totally get this woman’s reasoning for stabbing herself, I mean, it’s Donald Trump we’re talking about here. But do you hate him that much to the point where you have to stab yourself? Girl…come on! There has to be a better solution than harming yourself because you don’t like your president. That’s like me stabbing myself because I don’t like tomatoes. That’s just dumb.