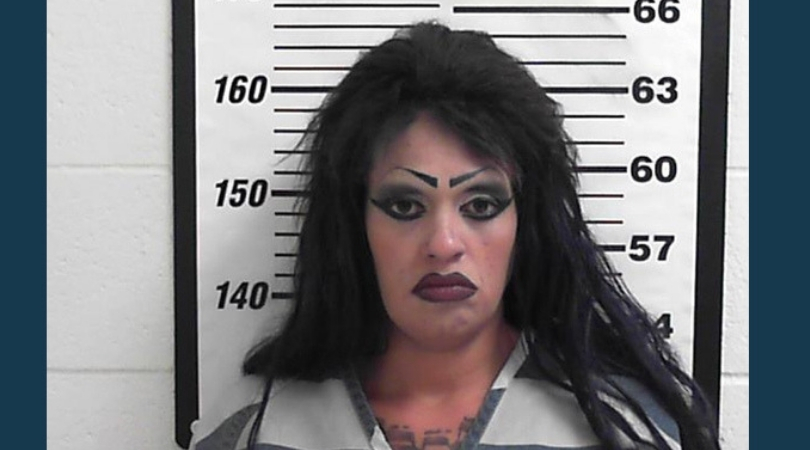 Alright, I know I’m not the only one thinking that this woman DOES NOT pass for her 21-year-old daughter. I mean, this is just ridiculous. Which is why the 38-year-old mother was arrested when Davis County police arrested her after trying to pull a fast one on police officers. Heather Garcia was stopped by officers for reportedly driving a silver BMW without a license plate.

The arresting officer was patrolling the area of 650 North Main Street in Sunset when he stopped Garcia. The Utah woman attempts to tell an officer that she didn’t have her ID before providing them with her daughters’ name and date of birth, stating she was 20. When the arresting officer ran a records check in his patrol vehicle, he couldn’t make a positive ID because the photo appeared to be of a different individual. He quickly realized the identity Garcia gave was false personal info and the one in his report were not the same.

The police officer immediately called another officer at the scene with a K-9 and a vehicle search was conducted. Officers allegedly found broken glass on the vehicle’s center console that was curved with a brown and white residue (probably drug paraphernalia) that was consistent with the shape of a broken pipe. Officers also found baggies that contained a white powdery substance and a pipe bearing a similar residue in Garcia’s purse. So, putting two and two together, this woman was probably on crack. This old girl is definitely going to be facing new charges.

The baggies reportedly tested positive for methamphetamine. After a search of Garcia’s purse, officers found her ID card, but she continued to provide officers with her daughter’s name and was taken to Davis County Jail. During her arrest, the mother reportedly told officers she pretended to be her daughter “because they looked similar.” Which I really don’t think that’s the case, but hey, there is no picture of her daughter anywhere. Is she in Utah? I checked because, well, I was curious. Can you blame me? I’m sure Davis County police were just as mind-blown at the audacity. And I’m also sure her 21-year-old daughter would agree at how the that woman attempts to impersonate her is her own mother.

Adding on to her previous active warrants and outstanding warrants, a probable cause statement from the 2nd District Court of Farmington says Heather Garcia faced new charges including providing false personal info with intent to be another actual person, charges of drug possession, use of drug paraphernalia, possession of a controlled substance and driving on a suspended or revoked license and operating a vehicle without insurance. Her bail was set at a whopping $5,320, and I bet that judge had a hey day with those court documents. What a dumb way to go to jail, specifically the Davis County jail…but hey, I’ve seen worse. I’m curious what her relationship is like with her 21-year-old daughter.

Editor’s note: This article was originally published on September 2, 2019.