Women Are Asking Their Boyfriends What The Letters On Tampons Mean, And Their Guesses Are Hilarious 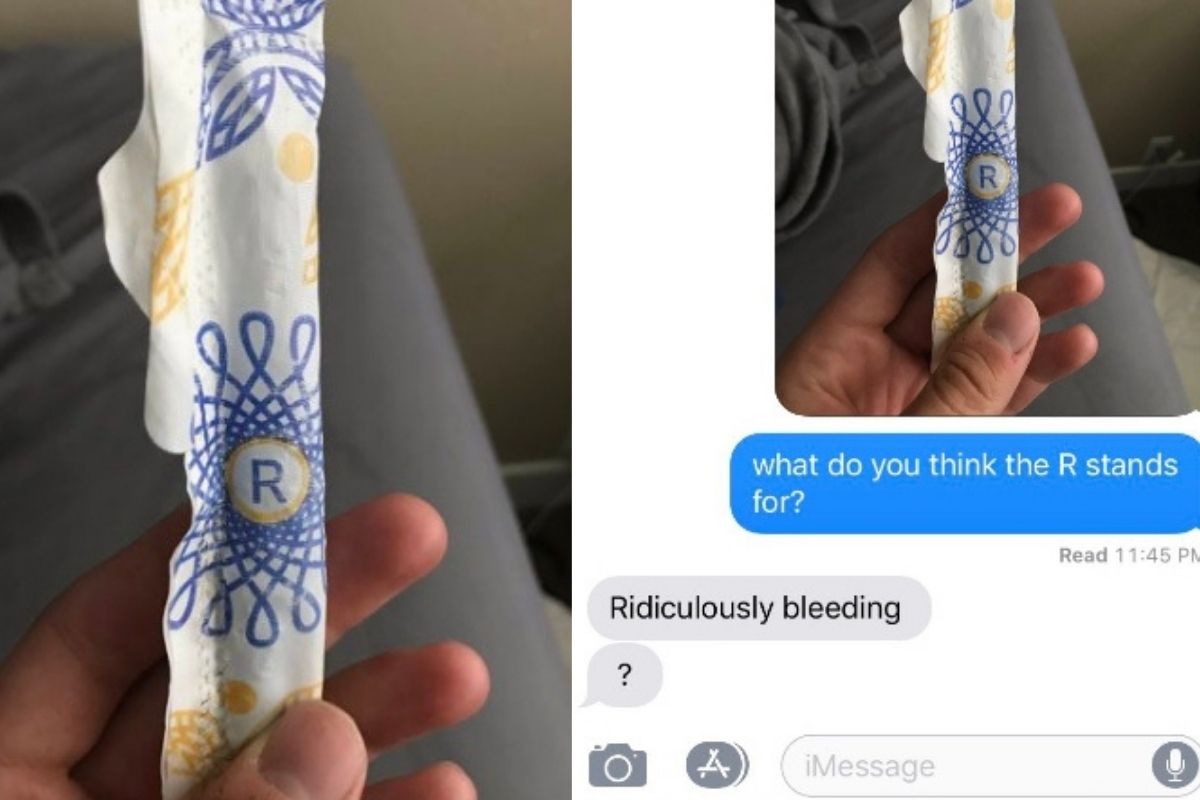 Oh my gosh, I haven’t had a good laugh like this in a while. In case you are new to RARE and haven’t read some of our stories, we love to write about dumb trends that we find on the internet, especially on social media. Like this one, because it’s just too good not to share and we all like a good laugh here and there.

It all began with Twitter user Evan J Worthen, also known by his Twitter @harambevan. He sent a tweet to ask his followers if they knew where he could buy his girlfriend a “single left tampon” since he only had the one labeled with an ‘R’ and wanted to keep a set there for her in case of emergencies. Yes, this man basically thought the letter ‘R’ on the label thought it was intended for a right vagina. Because well, we all know women have two.

My girlfriend left a tampon at my apartment and idk where the left one is. Anyone know where I can get a single left tampon to keep a set here for emergencies? pic.twitter.com/6D51FIWrVU

Now, I am totally not judging this guy at all. I remember the first time I had asked my boyfriend to buy me a box of tampons at Target but then he ended up Facetiming me at the store because he couldn’t find the ones I had told him to buy. Despite me sending him a picture and telling him exactly where they were.

He literally took a good 20 minutes to find them, because to him, a box of Tampax is the same as any other. But, every woman knows that this isn’t true. Every tampon, pad, and menstrual product is different and they each serve a special purpose depending on our body. To those of you who don’t know, usually, Tampons are labeled with the letters ‘R’, ‘L’ and ‘S’ letting women know which is the appropriate tampon for their flow. Meaning ‘R’ for Regular, ‘L’ for Light, and ‘S’ for Super. Yes, we all have different flows, men. This is a thing, get over it.

But of course, men don’t know this because well, they don’t need to worry about it. They should, though. Which is why Twitter decided to troll them, again. Apparently, women are asking theirboyfriends what the letters on tampons mean. They’re also asking their loved ones if they know what that the letters printed on tampons mean. As expected, men have no idea, which makes it even more hilarious because all these responses are just plain ridiculous. I’ll be honest, I didn’t think this was true until I tested it out on my brother. Just look for yourself, its pure gold. I’ll never let him live it down.

Men are really out here thinking we can reverse our periods. 😂😂 #tamponchallenge pic.twitter.com/akl0UyCC2l

I wish I was shocked pic.twitter.com/o3T8Ivd8zt

Editor’s note: This article was originally published on September 6, 2019. We brought it back because we thought you needed a good laugh!