Women are Decorating Their Lashes as Christmas Trees for the Holidays 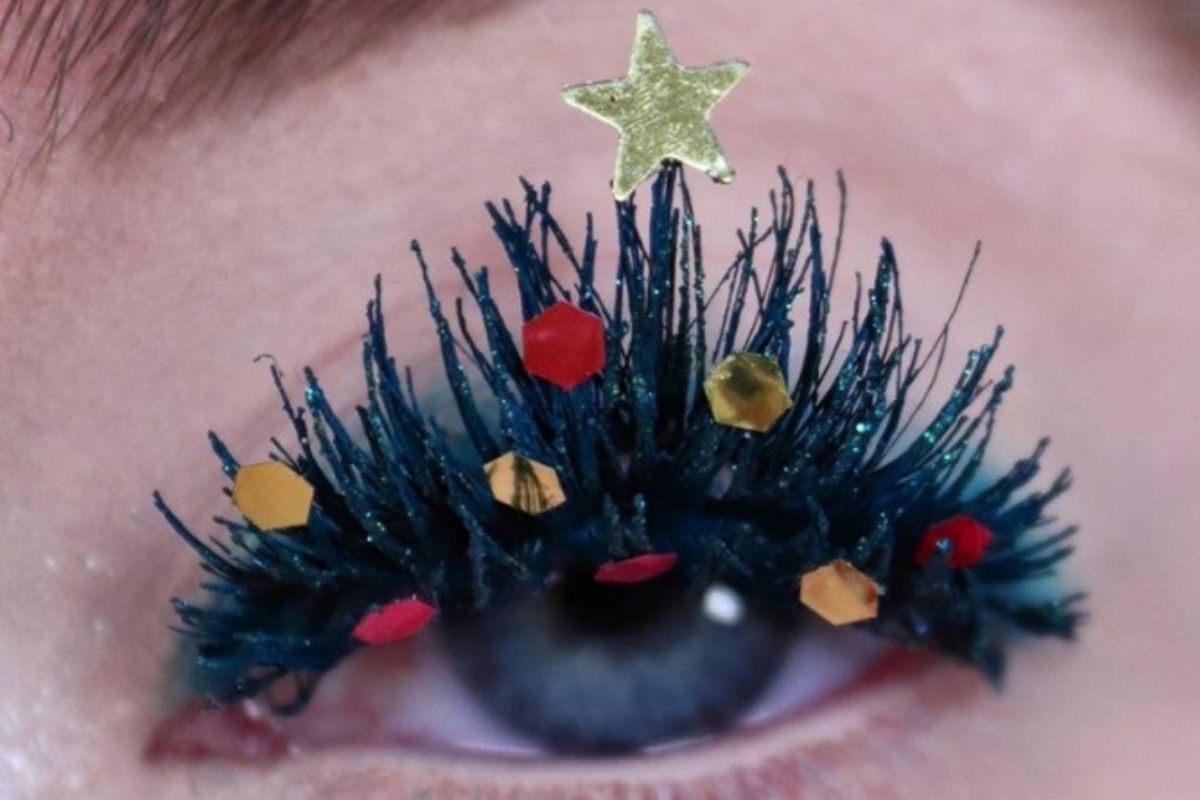 Move over Christmas tree brows, now it’s all about the lashes…again. Only this time they are green instead of them being really really long and creepy. It’s no secret that your social media is probably being bombarded with holiday makeup inspiration including candy cane eyes, lights on beards, and glitter everything. But, have you ever seen Christmas tree lashes?

Apparently, this is a new glam trend, and I have to admit, I am very impressed. One, because this looks like it takes ages, and two, they actually look okay. UK-based makeup artist Kayleigh Golding began the trend, using false lashes to create a Christmas tree on her eyelid. It really looks like Christmas is just sitting on top of her face.

Straight out of makeup wonderland, the Instagram page features several looks with rhinestones, sparkles and intricate designs. Straying away from her “signature look” she recently posed images of her Christmas tree lash creation. To which several have been responding, copying the social media influencer. Because well, you know how these trends go. (Let’s flashback to the tinsel eyebrows below.)

She basically created the DIY look using fake lashes, eyeliner, mascara, dark green eyeshadow, shimmer, and individual lashes to get that triangular shape. She then used several red and gold sparkles to make some tiny ornaments, topping it with the star.

Christmasy enough? Yeah sure, but yikes. I wouldn’t want to put this much effort into something like this, only to have to take it off the next day. I mean, it looks pretty don’t get me wrong, but this is too much effort. My shaking and delicate hands could never.

But, the eye look does yell holiday season, and it looks much safer than all the other “beauty trends out there.” So…happy eyelash decorating? Can’t wait to see the New Year ones.

Editors Note: This article was originally published on December 17, 2019.