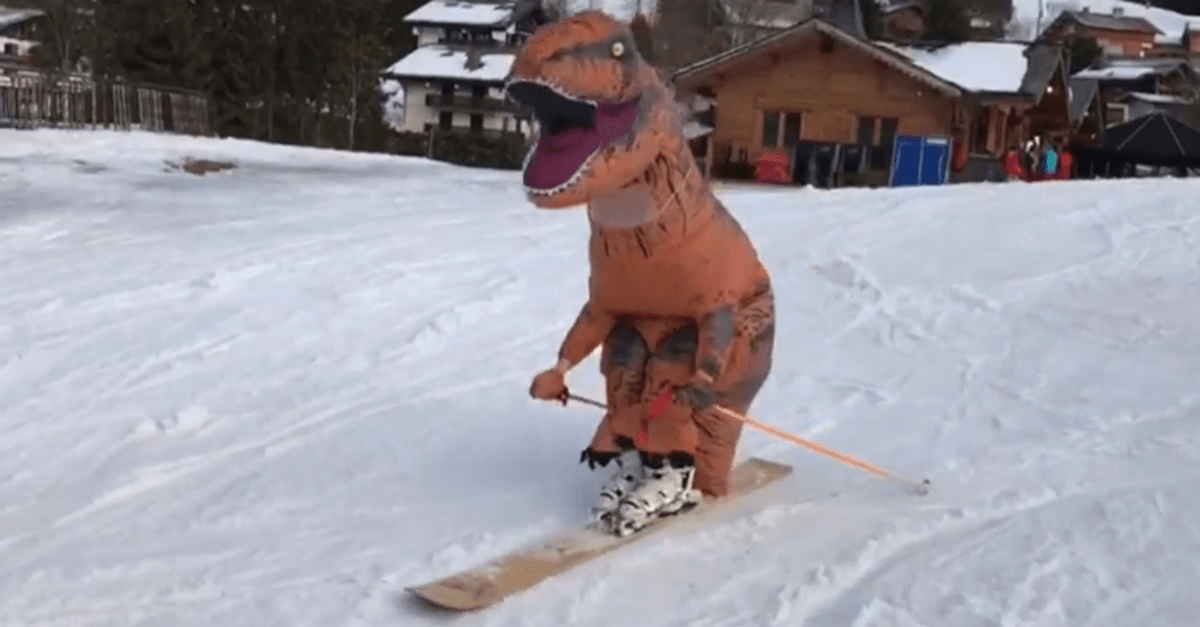 For a few years now, people have been wearing T-Rex costumes and, thankfully, the trend shows no signs of slowing down because we’re loving it. Thus far, we’ve seen the T-Rex (which actually means “tyrant lizard” in Greek) shoveling snow, conducting an orchestra and even pulling stunts on a jet ski.

RELATED: Love is in the air for T-Rex everywhere, and they’re looking to spreading the joy wherever they go

It turns out that the T-Rex is actually a pretty talented skier. He shreds long lines that would make any successful snow bum proud. But when the prehistoric sportsman falls, he falls hard.

We may not like skiing, and you may be fearful of the “tyrant lizard,” but there’s no way that you can’t love a T-Rex on skis.

RELATED: Even dressed as a T. Rex, this crazy guy couldn’t befriend an alligator