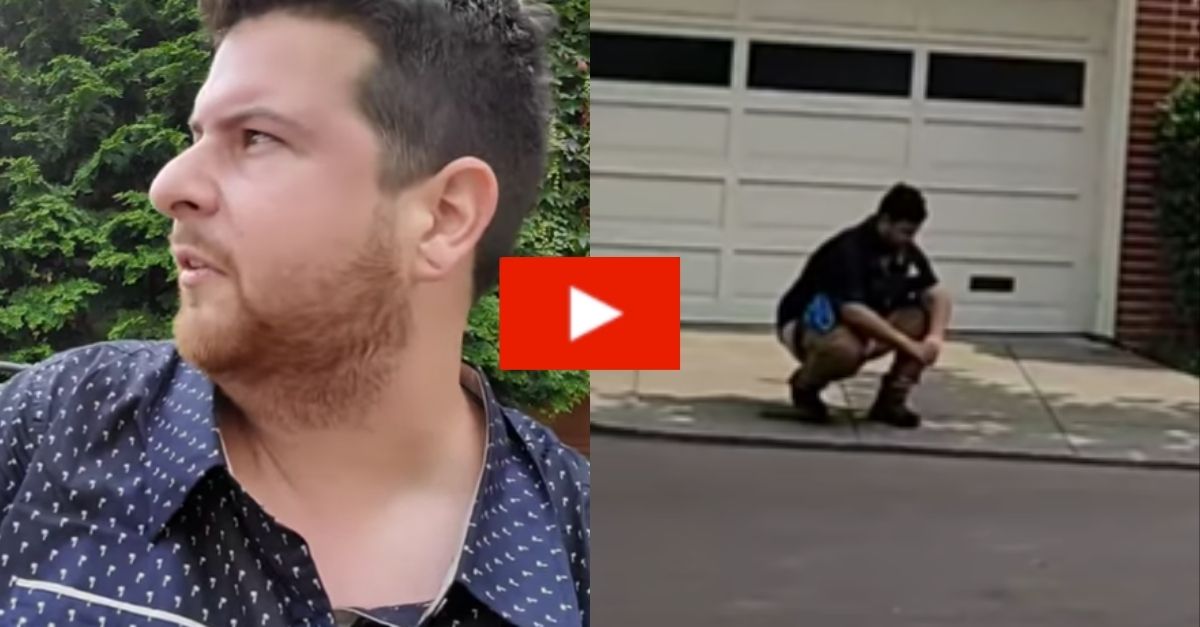 In some of society’s finer moments, we have to appreciate how the modern world has truly seized its opportunities to accentuate unnecessary situations in the name of prime entertainment. The Internet has bridged the gap for the normal man and celebrities, making fame fair game for anyone who works hard enough to market their own self-value. And with all the heinous things you could witness online, poop definitely hits the top of the list.

A specific Youtube star, under his Youtube channel Lifes Mavrek, filmed a recent video that makes you question why people even bother while also remembering to be grateful for the reminder that there is just always something worst than what you could possibly imagine. It’s an interesting experience to have while surfing the web. The man in question, Armando, decided he would livestream himself leaving a log on the driveway of House Speaker Nancy Pelosi. And what did he call it? “LIVE: IRL Poopalosi”

To save yourself from watching the unnecessarily long first hour so that you can get to the good (gross?) part, you would have had to fast forward the video to the 1:16:00 mark. The first hour is just Armando walking along the streets of San Francisco, California, looking for her house, shouting loud complaints that would stir up all sides of the general public. And then, as the youtuber livestreams himself going number two in what is supposedly Nancy Pelosi’s driveway, Armando claims that, “That was for President Trump.”

After the “poopcident,” Armando explained in a subsequent livestream called, “I’m Gonna Need a Lawyer,” that the Bay Area Rapid Transit Police detained him, “at the behest of the Capitol Police department” who’s in charge of, “protecting members of Congress,” according to the New York Post. He added, “They asked me about Kamala Harris, and about how I joked on the stream that if she lived in San Francisco, I’d sh*t on her house too.”

Well, suddenly in a recent turn of events, this ol’ youtuber took a defensive approach, contrary to how abrasive he was in his initial livestream. He used all the excuses he could emphasizing how he meant no ill will, and that defecating the San Francisco residence was an act of “peaceful protest.” I mean, I guess he’s kind of right.

He also apologized publicly in a now deleted tweet on social media, saying, [email protected] I know you may not ever see this but I want you to know, I meant no foul harm yesterday when I did what I did. I?m not proud of it at all and I just would like for you to know that. I have no ill will against you or anyone in an elected officials position,” as reported by the NY Post.

You can’t make this shit up 🤣

The funniest thing about this guy not being able to fully own the fact that he purposely chose Pelosi’s home to drop his excrements, is that he used his own personal life story as yet, another excuse for the pooping. You see, the youtuber started his channel when he became homeless six years ago, aiming to share how life is living on the streets while traveling city to city.

With COVID-19 in play, businesses have shut down or closed off their bathrooms, to which Armando explained how he saw an opportunity here. He told the NY Post, “I?d been hunting for a toilet all week, and the joke came up in the comments on one of my streams that ?Hey, you should take a crap at Pelosi?s house.'” Talk about killing two birds with one stone, I guess?

I guess Armando’s peaceful protest did demonstrate everything the youtuber wanted to express regarding current times. Not only did he, in his own unique way (you have to give him a little credit!), clearly express his opinions on President Donald Trump and Black Lives Matter, but also got to really show what the coronavirus has done to the homeless.

This guy really irritated me in this video. I get protesting in the name of no justice being served, but his comments at the beginning of the video really got underneath my skin. However, again, I know to give credit where its due, and he’s still getting the fame and attention he wants, whether it be good or bad.

Watch: Let Someone Know You Care for Them by Masking Your Poop?s Smell