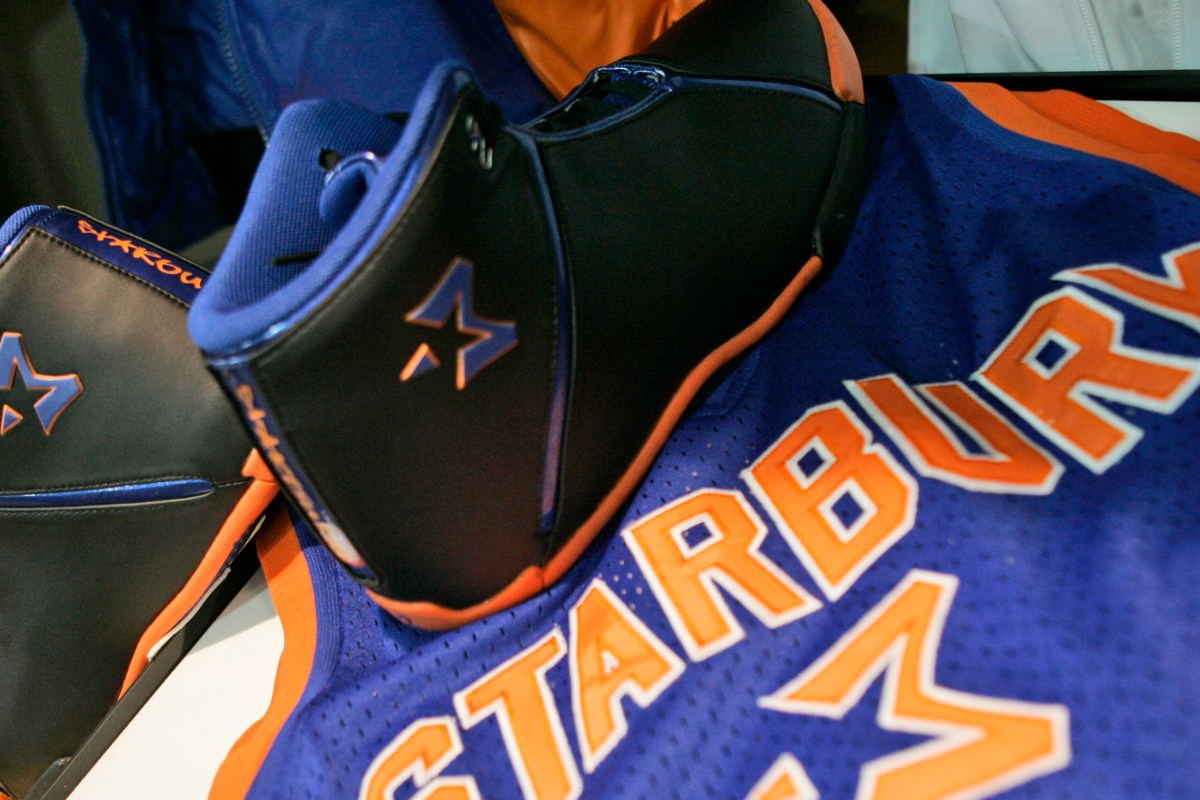 Associated Press
A pair of Starbury One high performance sneakers and a Starbury jersey are on display during a news conference Friday, Dec. 8, 2006 in New York. (AP Photo/Mary Altaffer)

With the big basketball sneaker companies — Nike, Under Armour and Adidas — all spurning deals with NBA prospect Lonzo Ball and his father?s Big Baller Brand, we thought it would be a good time to look back at 10 sneaker models and brands that have struggled to maintain cultural relevance.

Rapper 50 Cent had a dream of building his own clothing line, and he fulfilled with the help of designer Marc Ecko in 2003. Built in conjunction with Reebok, the shoes quickly faded from sight ? now only found on eBay.

50 did claim that his shoes sold six times more than our next entry?

Another rapper-created shoe, this line was started by Shawn Carter ? or as most people know him, Jay Z. Reebok also built this shoe, as in the early aughts, the company was trying to move away from sports after failing to sign LeBron James and Carmelo Anthony. While the shoe was initially successful, the market was quickly flooded and stalled out.

Shaquille O?Neal wasn?t always a trash-talking co-host on TNT?s NBA Tonight and a spokesman for Icy Hot. In his dunking heyday as the best big man in the NBA, Shaq released a series of shoes called the Dunkman.

As a direct contrast to the expensive Air Jordans, the Dunkman retailed for only $30 at Payless shoe stores.

RELATED: Payless ShoeSource files for bankruptcy and announces the closure of hundreds of locations

The Dunkman disappeared for a few years before Shaq revitalized it in recent times with Wal-Mart. He claims to have sold more than 120 million pairs.

For a few years in the early aughts, Latrell Sprewell was one of the biggest names in the NBA, and he had his own shoe line to prove it ? complete with built-in spinning rims. The Dada Supreme Spinners had spinners built into each heel.

There have been rumors of a return of the Spinners since 2015, but nothing concrete so far.

BKs came out in the mid-1980s, but they hit the mainstream hard by signing MC Hammer and number one NBA draft pick Derrick Coleman to endorsement deals in the early 1990s. Its urban appeal backfired to some extent when Crip gang members started calling them ?Blood Killers,? leading to a backlash.

The brand relaunched in 2014 with a shoe that looked more like a low-cut hiking boot.

L.A. Gear and their light-up heels were the kings of California in the early 1990s, with athletes (Kareem Abdul-Jabbar, Karl Malone) and entertainers (Michael Jackson, Paula Abdul) hawking their wares.

But by 1998, the company filed for Chapter 11 bankruptcy. It?s tried to come back three times since then, with limited success.

Brooks made a play at getting into the high-end basketball shoe market in the late 1980s. They hired high-flying Dominique Wilkins to be their spokesman, and released a shoe called the ?Highlight.? Having worn a pair as a high school basketball player, my feet still twitch at the lack of support they provided.

RELATED: Report: Some cheap running shoes better than expensive ones

Avia has made its ways as a runner?s shoe, but they were briefly popular on the hardwood as well. Worn by Hall of Famers such as Scottie Pippen and John Stockton, they were popular for several years in the late 1980s and early 1990s.

The brand has since moved more toward running and lifestyle.

And 1 is still on the scene as a streetball personality brand, but their profile has fallen since the glory days of the early 2000s, when the And1 Streetball Tour and Vince Carter?s 2000 dunk contest win helped lead the company to second place in the market, behind only the goliath Nike.

Like Shaq?s Dunkman, Stephon Marbury rolled out his Starburys to be affordable alternatives. The brand did well for a couple of years after its introduction in 2007, but its biggest outlet, Steve & Barry?s, closed in 2009, and the shoes went with it.

They are now being sold through Starbury.com and Amazon.com.