10 weird government secrets that make us want to believe 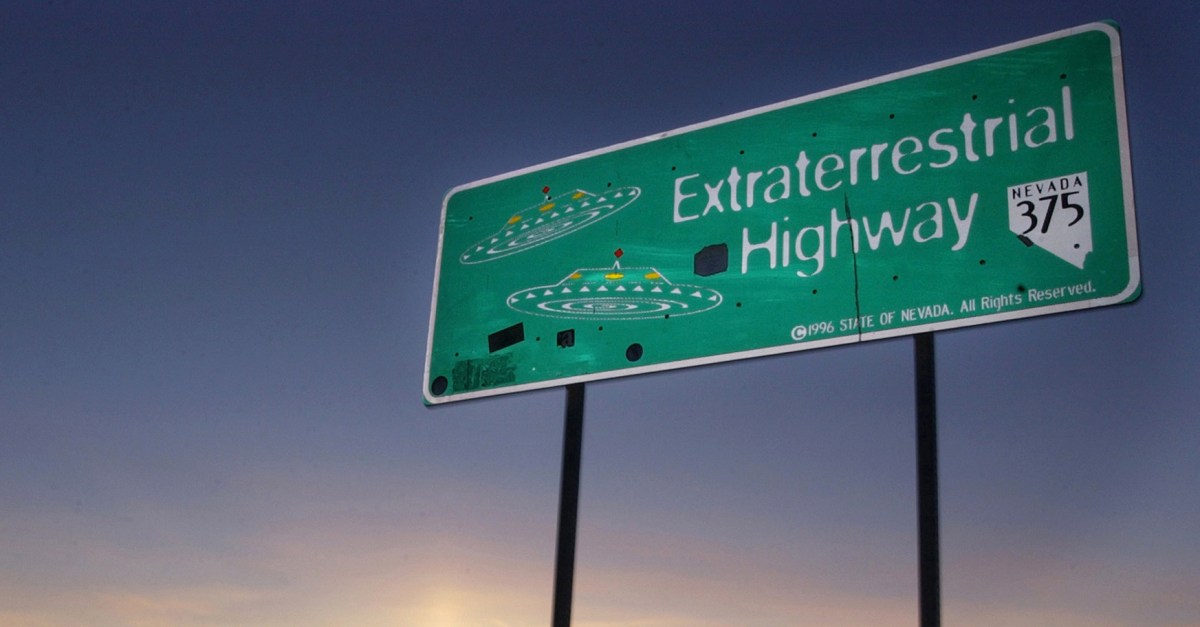 While we aren’t usually subscribers to the tinfoil hat newsletters, there have been some government secrets revealed over the years that are just weird enough to make you wonder if the truth really is out there.

RELATED: These 5 places are nearly impossible to visit

Here are 10 of our favorites.

In 2010, Britain’s Ministry of Defense released more than 5,000 pages of documents to the National Archives. Among them were letters from the grandson of a member of the Royal Air Force who was a bodyguard of Winston Churchill.

According to the letter writer, who heard the story from his mother, Churchill ordered an encounter between an RAF aircraft and a mysterious flying object to be classified secret for 50 years.

While no other documents on the encounter exist, Churchill did request a report on flying saucers in 1952.

It sounds like the plot of a movie (and it later was), but at the height of the Cold War, the CIA conducted covert, illegal scientific research on human subjects. Known as Project MK-ULTRA, the program subjected humans to experiments with drugs such as LSD and barbiturates, hypnosis and (some reports indicate) radiological and biological agents.

The project came to light in 1974 when it was reported by the New York Times. Government investigations found that over more than two decades, the CIA spent nearly $20 million, enlisted the services of researchers at more than 30 universities and conducted experiments on subjects without their knowledge.

If there are aliens, there must be Area 51. The not-so-secret secret base northwest of Las Vegas has long been the home for alien encounter theories.

CIA veterans who have spoken about the place said that in the 1960s, it was a testing place for spy planes. What happens there today is still shrouded in mystery, so we might as well keep thinking there are recovered bodies of aliens stored there.

The 1960s were an era of many things, including serious consideration of UFOs.

In 1967, a Soviet astronomer called for a “joint effort of all the scientists of the world” to determine the nature of unidentified flying objects. The scientist, Feliks Zigel, was prompted by dozens of sightings of “a luminous orange-colored crescent” whose “surface is only a little duller than that of the moon.” It was also said to “throw out jets, sometimes with sparks.”

The Soviet authorities started a study of the subject in 1978, but it was discontinued in 1990 after every sighting was found to have logical causes, ranging from hot air balloons to rocket launches.

Another of the great “secrets” of the world is the Loch Ness Monster.

In 1934, a Scottish doctor claimed he saw a monster in the deep lake. He grabbed his camera and snapped one of the most famous photos of the 20th century — a dark shape that resembles a brontosaurus with a long, curved neck; the creature appears to be swimming in the water.

While numerous expeditions have found nothing, at least some authorities were convinced. A former Scottish police chief named William Fraser opined, “That there is some strange creature in Loch Ness seems now beyond doubt, but that the police have any power to protect it is very doubtful.”

The late Fidel Castro was long a thorn in the CIA’s side, especially during the Cold War. From 1960 to 1965, the CIA brainstormed at least eight plots to assassinate Castro. The plot ideas included poisoned cigars, contaminated air, poisoned pills, fungus and a poison-filled syringe.

The most James Bond-ish plan might have been the idea of killing him with a booby-trapped seashell. Castro was a fan of diving, so intelligence agents plotted to place an especially spectacular shell in a reef Castro was known to frequent. The hope was that the shell would be so beautiful that Castro would pick it up and, by doing so, trigger an explosive.

The Office of Strategic Services was the forerunner of the CIA. Among their former employees was the late Julia McWilliams – known to most of the world as chef Julia Child.

The French chef spent her time in World War II developing shark repellent for underwater explosives before moving into the kitchen, where she became the most famous cook of the 20th century. Those secret ingredients were apparently more secret than we thought.

More than 750,000 people use Grand Central Station every day, with the number spiking over a million during the holidays. With all those people, it’s amazing that the station has any secrets left, but there are a couple that still exist.

Nine stories below the lowest floor sits a bunker known as M-42 – it doesn’t show on any blueprints or maps, though. It’s rumored that during World War II, the bunker had guards with shoot-to-kill orders, for fear of sabotage while the station’s trains were being used to ferry troops into and out of New York.

Another hidden area is Track 61, which is not on any train map. Originally used by wealthy travelers to arrive privately at the Waldorf-Astoria Hotel, it’s now kept in shape as an option for the President to escape the area if needed.

Captain America was found frozen in Arctic ice, but he’s not the only thing the U.S. government has on deep freeze.

In the 1960s, the U.S. Army embarked on a secret mission to build a series of mobile nuclear missile launch sites under the Greenland ice sheet. The objective was to house medium-range missiles close enough to strike targets within the Soviet Union.

Project Iceworm, as it was called, was canceled in 1966 after shifting ice created unstable conditions.

A “Potemkin village” is a term for a false construct, usually created by cruel regimes, to deceive both those within the land and those peering in from outside. It is based on 18th-century Russian nobleman Grigory Potyomkin who, among other things, wooed Catherine the Great.

During her 1783 tour of new lands in Crimea, Potyomkin allegedly set up pasteboard facades of pretty towns at a distance on riverbanks, conscripted locals into dressing like regiments of soldiers or in richly decorated clothes to show the wealth and strength of the region, and set off fireworks to spell her initials.

The story has been somewhat debunked since, but the ploy worked to his advantage – the two are said to have been secretly married.