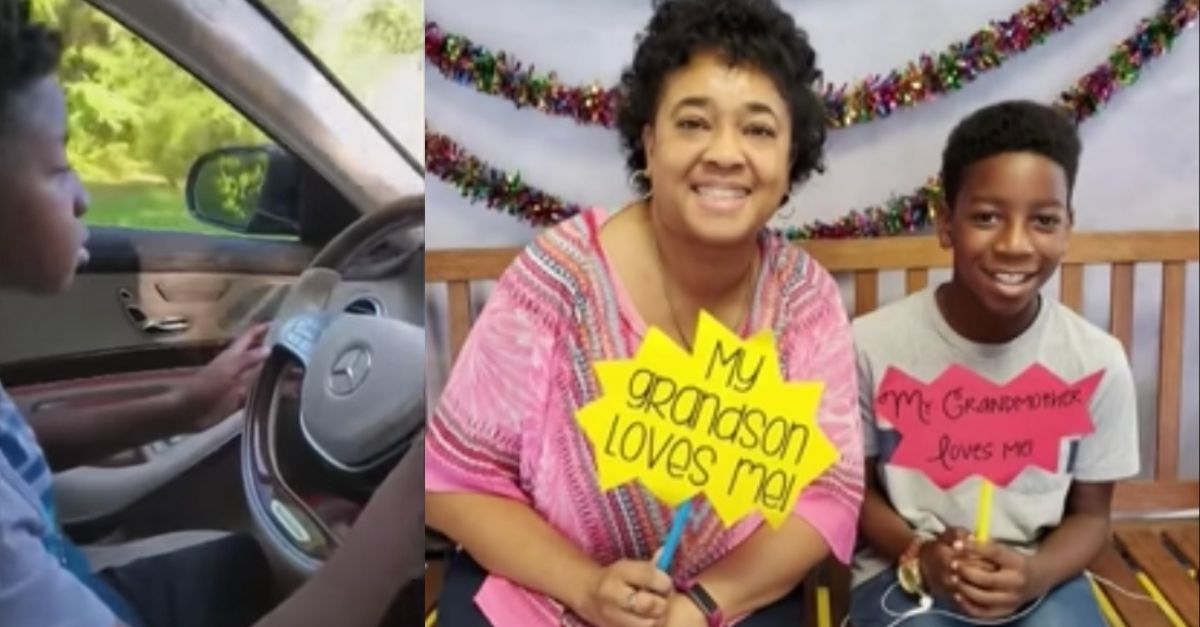 I think we widely underestimated what kids are capable of learning, and honestly, I could think of many life skills that could be taught instead of the other lessons we spend years upon YEARS learning in elementary school. For example, when have you ever used the Pythagorean theorem in a real life situation, and if you’re one of those who actually has, how OFTEN have you used it? The point I’m making is that I would rather teach a kid how to drive over the Pythagorean theorem for the third or fourth year in a row. And this 11-year-old boy proves my reasons why.

11-year-old PJ Brewer-Laye was cruising around his Indianapolis neighborhood in his go-kart, with his grandmother, Angela Brewer-Laye watching over him. Suddenly, Angela was feeling dizzy, needing to lean against a road sign as her vision starting to blurry. But her 11-year-old Indiana grandson decided to come to the rescue. So what did he do? He applied his seemingly amazing go-kart skills to an actual car, his grandmother’s Mercedes-Benz to be precise.

While Angela was trying to understand what was happening to her, she saw her Mercedes slowly and calmly pulling up to her, in a manner only in a way an experienced driver would do so. But to her delightful surprise, it was PJ, pulling up to the stop sign to save grandma. PJ had driven his go-kart home to go grab his grandmother’s car, so that he could pick her up since they were about a half a mile away from their house.

He helped her in the car and proceeded to drive them back to the house, where his grandmother describes that he “precisely” pulled into their driveway, meaning, “He didn’t go up the curb, in the grass, nothing. He pulled in the driveway, in the garage, and helped me out the car,” she said, adding that he was “calm and collected” during the entire medical emergency.

Although PJ just turned 12-years-old, Angela said, “This child is only 11 years old and drives like a pro. He always rides either his four-wheeler, go-kart or his dirt bike while I’m trying to get a little exercise in.” She explained that this isn’t the first time he’s driven a car. Her husband, PJ’s grandfather, would ask PJ to rearrange the cars in their driveway, under his supervision of course. However, last week was PJ’s first time on the road since he drove his grandmother to the hospital too.

And although PJ’s grandmother thinks of him as an “extra special little boy” who “doesn’t ask for anything in return,” no one’s denying the fact that out of all the cars to pick from, he picked the Mercedes. I mean, I can’t blame the kid. If there was a Lamborghini there, I probably would’ve picked that one too, over any sort of SUV. Although if I was in Angela’s place, I’d be a little alarmed to see a 12-year-old boy drive a Lamborghini.

Watch: An 8-Year-Old Made $26 MILLION This Year Reviewing Toys on YouTube