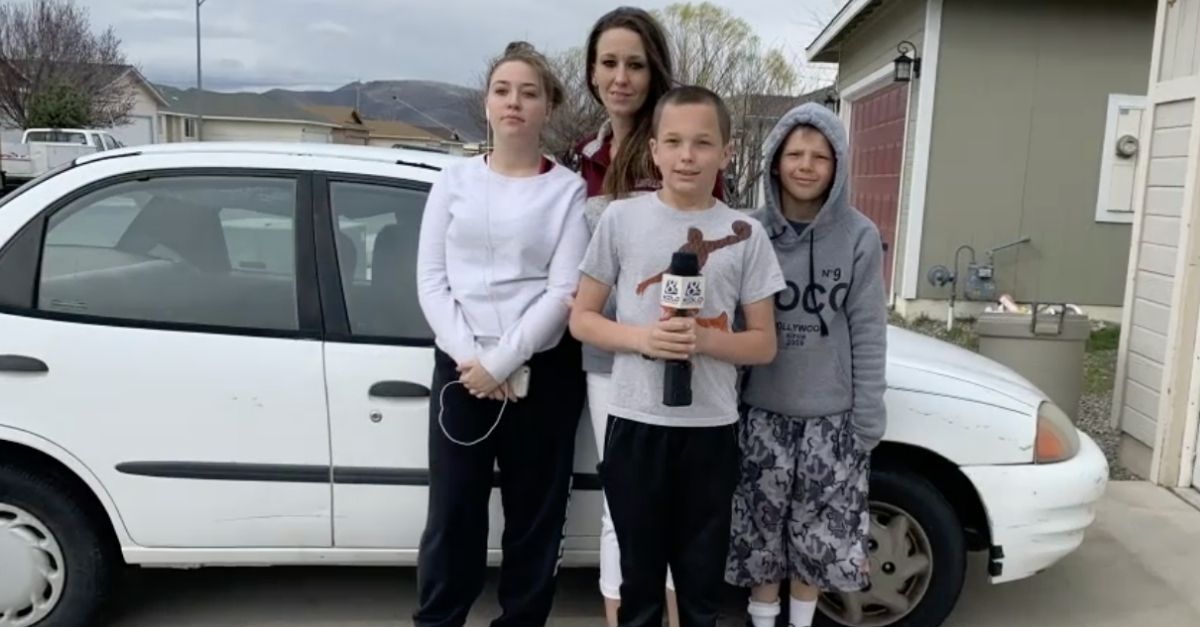 A 13-year-old boy did what not many other kids his age would ever do. At the start of their teenage years, kids tend to become a little more selfish and spoiled. They think the world is against them and over-dramatically think their worlds are over when they don’t get want or things don’t go their way. But if we had more teenagers like William Rabillo, maybe things would start to change more efficiently.

It had been a tough few weeks, hitting low points and rough patches for Krystal Preston, a single mom from Nevada. However, this single mother had raised such a good kid, better than she could’ve ever realized. As he watched his mom make ends meet, he decided to work just as hard to help her.

Krystal’s son William became a money making machine doing yard work. As he was cleaning yards to make a little extra money, he took to social media, primarily on Facebook marketplace, to help his mom find a new car. He found a woman’s car that he saw he could afford, and messaged her.

William had bargained with the woman for her 1999 white Chevrolet Metro, but that wasn’t all he was willing to give up. The 13-year-old kid offered up his own Xbox in a heartwarming exchange, showing his big heart in willing to give up trivial teenage boy things to help ease the issues that had troubled his mom over the last couple weeks.

“It was really cheap, so I asked if I could trade the Xbox or earn it. At first she said no, and then, she thought about it, and then she said yes,” Preston’s 13-year-old son said to ABC News. And in a simple transaction, William had bought his mom a white Chevy Metro.

“I lost it. I bawled so bad. There’s no way. What 13-year-old buys their mom a car. I don’t know any. I can’t express it. There’s no words that can express my gratitude and how proud I am,” Preston said in what she also stated was “the shock of my life.”

The complete shock comes from how this teenager didn’t hesitate to help his mother out. Krystal, you raised one hell of a son, and I’m sure he’s going to turn out to be a wonderful man when he gets older. The family has a GoFundMe page set up that goes into detail about their struggles and how they have prevailed. It’s so beautiful to see such good rising up from seemingly troubling beginnings.