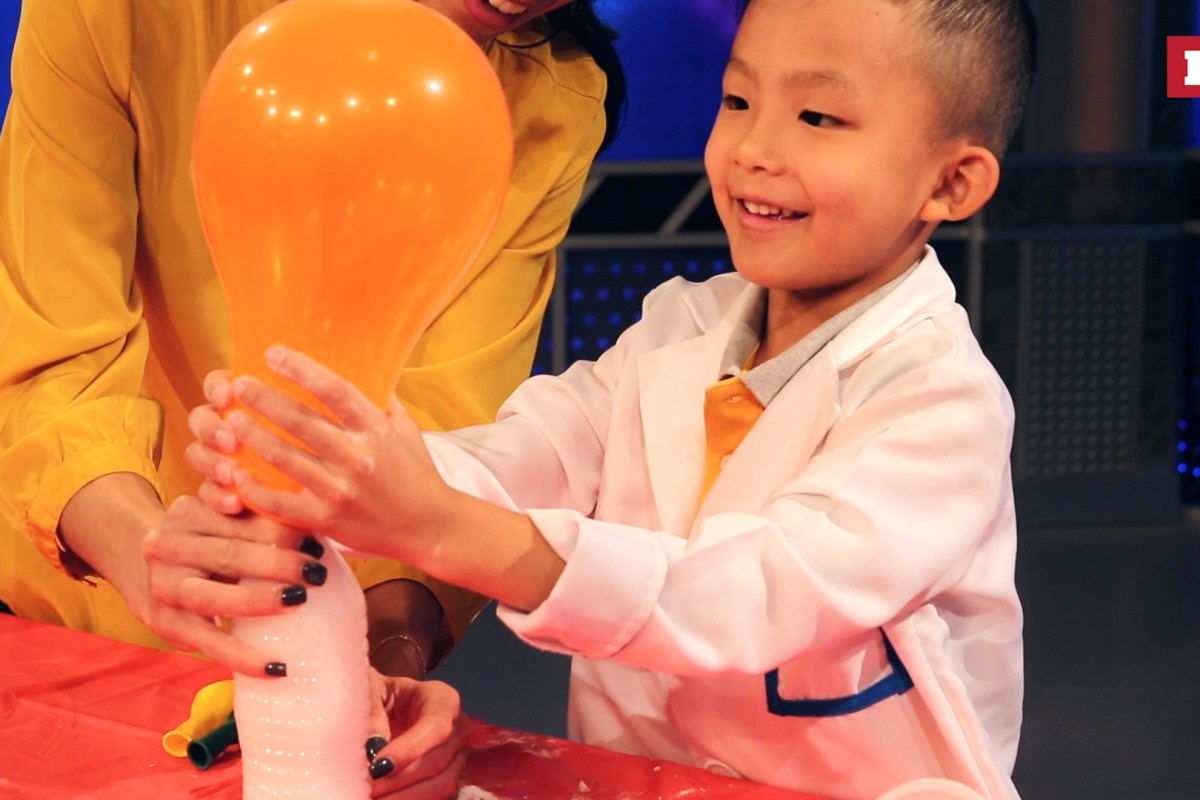 Anson Wong, boy genius, loves conducting fun experiments at home and showing you how to try them on your own.

In Anson’s latest experiment, he shows us how to inflate a balloon using just some baking soda, vinegar and a water bottle.

This fun experiment shows how gas is often produced during chemical reactions. The gas produced when baking soda and vinegar are combined inflate the balloon.

Here’s what you’ll need for this experiment:

Here’s what you’ll need to do to conduct this experiment. It helps to have an adult around to supervise and help with some of the tricky parts of this experiment:

So what exactly is happening inside the water bottle to produce all those bubbles?

It helps to start with a basic explanation of chemical reactions. Everything around us is made up of molecules, including vinegar and baking soda.

Acids and bases partially break down into new substances when they come in contact each other in a process called neutralization. In the case of vinegar and baking soda, the new substances formed are water, a type of salt and carbon dioxide.

In the experiment above, the balloon inflates because of all the carbon dioxide that is released in the reaction.

After the only substances left behind after the reaction are known as neutral substances. They are neither acids nor bases.

The chemical formula for combining vinegar and baking soda is:

Anson?s Answers features a 5-year-old genius. He has a college-level grasp on various areas of science, dreams of becoming the president and can speak multiple languages. Did you catch that he?s just 5 years old? Anson has a passion for teaching others and loves to share videos explaining the human body, the laws of physics and his ideas for the future. Grab a seat, because Professor Anson?s class is in session!