One (of many) of the controversies swirling around President Trump was his use of the word “shithole” to describe Third World countries.

While the purpose and intent of the word’s use have been argued ever since the fact that he swore is far from a first in the Oval Office. Presidents from Obama to Lincoln have turned the White House a little blue from time to time.

Here are some examples. 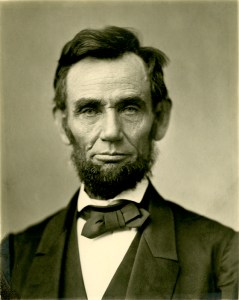 One of our most revered presidents enjoyed telling a story about Revolutionary War patriot Ethan Allen’s first trip to England after the war. The Brits, trying to get a rise out of Allen, hung a portrait of George Washington in the outhouse. When they asked if he had seen it, he replied, “There is nothing to make an Englishman shit quicker than the sight of General George Washington.”

This tale was used in the movie “Lincoln,” where the president was portrayed by Daniel Day-Lewis. It was recorded by one of Lincoln’s first biographers, his law partner William Herndon. 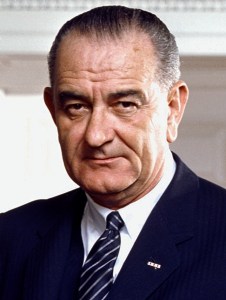 Well known as a salty speaker, President Johnson was once asked why he didn’t take one of Richard Nixon’s speeches more seriously when he was Senate Majority Leader and Nixon was vice president under President Dwight Eisenhower.

His widely cited response, including in the book “Perspectives on Presidential Leadership: An International View of the White House,” was, “Boys, I may not know much, but I do know the difference between chicken shit and chicken salad.” 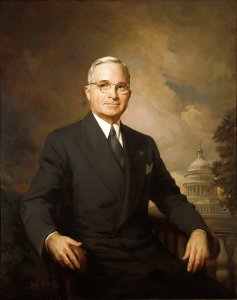 President Truman and General Douglas MacArthur had a rocky working relationship, particularly around the start of the Korean War. Truman fired MacArthur after the general had gone public with his opinion on how the war was being waged.

According to “Plain Speaking,” an oral biography of Truman, he said, “I didn’t fire him because he was a dumb son of a bitch, although he was, but that’s not against the law for generals. If it was, half to three-quarters of them would be in jail.”

President Obama has one of the larger vocabularies of the Oval Office occupants, and some portion of it includes words that are considered naughty. He generated some headlines by calling Kanye West a “jackass” and Mitt Romney a “bullshitter” in interviews with Rolling Stone. 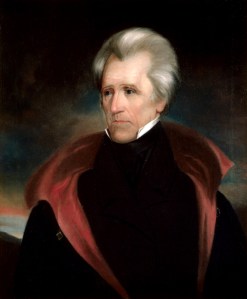 While social media didn’t exist in the time of the seventh president, Jackson’s salty imprecations were recorded in another fashion.

A parrot that had been a present for his wife, Rachel, spent a lot of time in the Oval Office after she died. When Jackson died in 1845, thousands of people gathered to pay a final tribute. The Rev. William Menefee Norment, who presided over the funeral, described the scene in the book “Andrew Jackson and Early Tennessee History.”

“Before the sermon and while the crowd was gathering, a wicked parrot that was a household pet got excited and commenced swearing so loud and long as to disturb the people,” he said. The bird “let loose perfect gusts of ‘cuss words,’” so many that people were “horrified and awed at the bird’s lack of reverence.”

Before becoming president, Bush was a part-owner of the Texas Rangers baseball team. Baseball is a sport with its own lingo, some of which is as salty as sunflower seeds. When he hit the campaign trail, some of that stayed with him.

At a campaign event in 2000, believing his microphone was off, he leaned over to running mate Dick Cheney and said that New York Times reporter Adam Clymer was a “major league asshole.” However, the mic was live, and the comment was captured by numerous video cameras.

President Nixon was brought down by the Watergate tapes, some of which held important information. Some of them, however, was just a president watching a football game.

The tapes, which are publicly available on YouTube, caught Nixon muttering “goddammit” and “son of a bitch” as the Washington team fell short against their rival, the Dallas Cowboys. (Much of the other words Nixon used were marked “expletive deleted” on the transcripts of the tapes.) 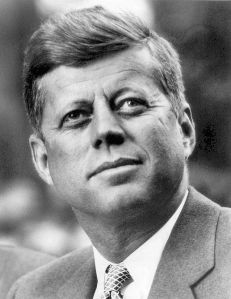 President Kennedy started his public service as a sailor, and he could swear like one when so moved.

When a leak came out that the Air Force had spent $5000 to furnish a maternity suite for Jackie Kennedy at Otis Air Force Base, the president knew he was going to take a hit for it. “This is obviously a fuck-up,” he fumed.

His rage was captured on a recording system that Kennedy had installed (and later sunk President Nixon). Excerpts from the tapes were released in 2012 as “Listening In: The Secret White House Recordings of John F. Kennedy.” 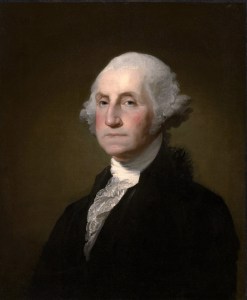 The father of the United States wasn’t above issuing some scalding comments to those under his command. During the Revolutionary War, he found General Charles Lee retreating from the British at the Battle of Monmouth when Washington wanted him to attack. He reportedly called Lee a “damned poltroon,” as recounted in the classic reference book “The War of the Revolution” by historian Christopher Ward.

In the same account, General Charles Scott is quoted as saying, “Yes sir, he swore that day till the leaves shook on the trees. Charming! Delightful! Never have I enjoyed such swearing before or since. Sir, on that memorable day he swore like an angel from heaven!”

Watch: DYK: Thomas Jefferson Wrote His Own Epitaph, But Left This Off…