A man with art in every corner: Turning a passion for collecting into a unique class of art 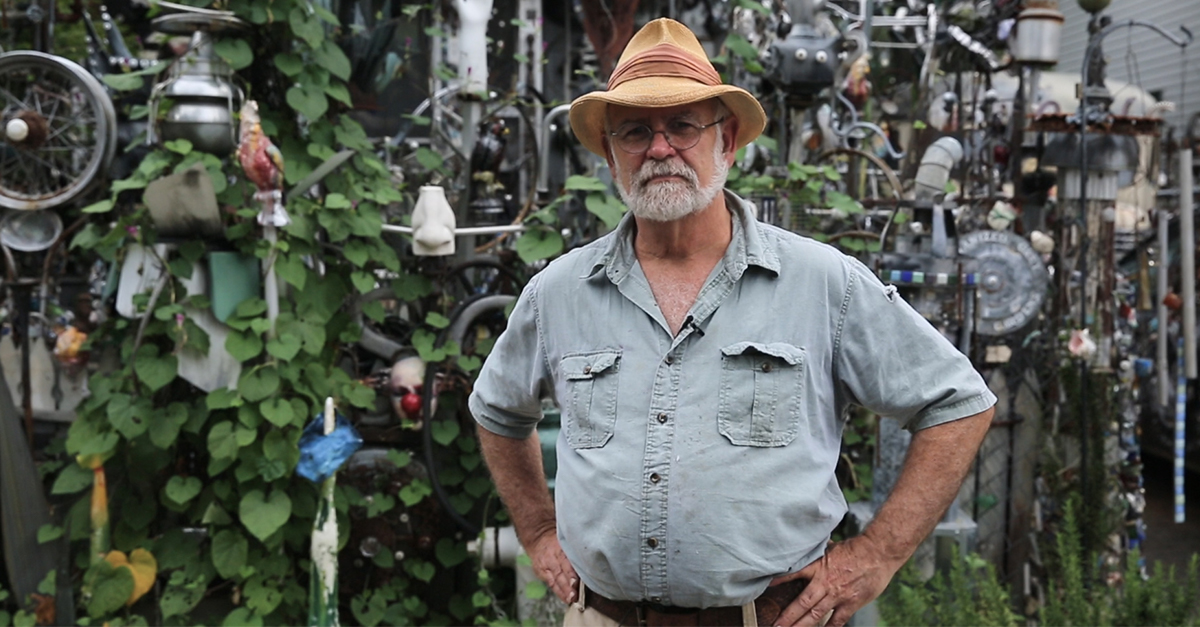 Clarke Bedford’s suburban Washington, D.C., house is a spectacle. Drivers and walkers slow down as they pass his property, holding up iPhones and taking selfies to preserve the sight of it.

Sometimes, people even walk through his front gate for a quick, self-guided tour, unsure of what they’re getting into. But Bedford doesn’t mind.

“It’s meant to be enveloping and magical and all those things without being corny,” he says.

Bedford is an assemblage artist. Assemblage art allows him to combine a love for collecting, expression, and a mission to fill every part of a canvas, whatever it may be.

“There has to be a harmony, but the harmony is not to be expected,” he says. “It’s to be surprise.”

This type of “harmony” goes hand-in-hand with the concept of “horror vacui,” which is Greek for “fear of the empty.” Mario Praz, an Italian art critic, used the term to describe interior design during Victorian times, which are commonly remembered as being cluttered, overwhelming and suffocating.

RELATED: Find out how one artist used a beautiful woman and a guitar to make a meaningful statement

Bedford is a retired Hirshhorn Museum and Sculpture Garden (Smithsonian Institute) employee and holds a master’s degree in art conservation. He calls his home “Vanadu Gardens.”

Bedford takes his passion on the road, too. His four decked-out cars ? full with themed interiors ? run just as well as yours or mine. They just have a bit more character. Maintenance is expensive; the “newest” of his cars is in its twenties.

He has a driveway, but Bedford often moves his four cars around to “change the composition of the house” and to help it continue to “evolve.”

Bedford says he’s “really good at getting pretty nice things cheap,” and estimates that he has spent thousands of dollars ? on pieces big, small or cracked? at antique shops and garage sales near and far through the years.

“In a way, I’ve gotten away with something,” he says. “Any moment you spend being embarrassed about your public self is a waste of time. Anybody who wants to do something, I say, don’t be timid, just go for it.”